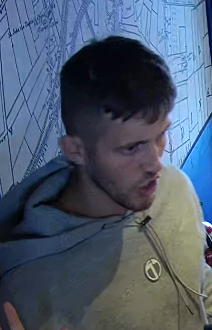 Do you know this man?

Lincolnshire Police have launched an appeal following a brawl in a Spalding pub.

An image has been released of a person the person says it wants to speak to following a report of a fight between two groups on Sunday, April 10.

A spokesman for Lincolnshire Police, said: “We would like to speak to the man pictured in connection with an affray at the Punchbowl Pub in Spalding.

“On April 10, we received a report of two groups of men fighting. Five men have since been arrested regarding the incident.

“If you know this man, please contact Lincs police on 101.

“Alternatively, you can email force.control@lincs.police.uk

“Please quote reference number 271 of 10 April if you are calling or emailing us in relation to this appeal.”