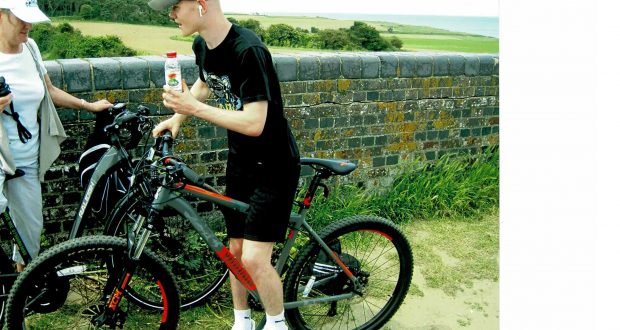 George Thornley with his bike.

Plea for info as bike is stolen in Spalding

A mum has appealed to a thief to show a little heart after her teenage son had his bike stolen getting ready for a Valentine’s meal.

It’s the second time in ten months that George Thornley (17) has had a bike stolen that he used to get to his part-time fruit packing job and Spalding Grammar School where he’s studying his A-Levels.

Both the bike and the lock were taken from outside FJs Barbers on Albion Street in Spalding between 1pm and 1.30pm on Friday, February 14.

“He’d saved up for his first bike by washing trailers, but that was stolen last May.

“We felt sorry for him so bought him his latest one, but then last Friday, while he was having his haircut ready to take his first girlfriend out for their first Valentine’s Day meal, his latest bike was taken.”

Amanda continued: “How can someone take something on a whim from someone who works hard two nights a week on top of the long hours at school he’s doing studying for A-Levels?

“He got his pay cheque for the month and it was just less than what the bike is worth. I think having seen how upset George is, the police have been helpful and checking CCTV.”
Anyone with information is asked to contact 101 quoting Incident 20000087308.