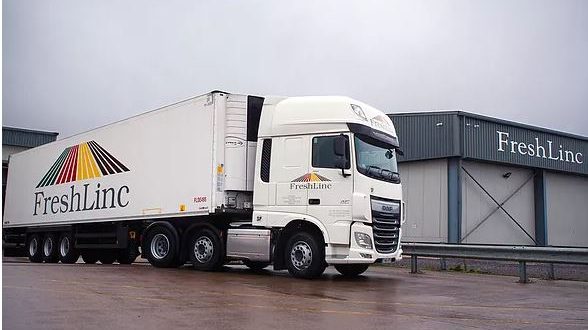 A South Holland company is creating around 90 new jobs in the fresh food industry that is a mainstay of the local economy.

Two planning applications have been submitted, one for FreshLinc and the other for Lincolnshire Field Products, which would result in 30 jobs on one site and 60 on another – both near Spalding.
Operations Director at FreshLinc, Lee Juniper, said the whole area should be proud of its role in providing fresh food for the UK and beyond and the firm was investing in it’s future to help safeguard the area.
The company’s various divisions directly employ around 450 people and more than 800 indirectly across the area rely on it within the local economy.
“We have some great people who are loyal and work very hard – we want to protect the food sector in the area,” said Mr Juniper.
He added that in comparison to the pandemic, Brexit had caused few problems and said it was a ‘huge testament’ to South Lincolnshire that the food industry had stepped-up to the mark during very difficult times.
“I do think the government should put LGV drivers on the list of skills shortages because it is going to become an issue,” he said.
Up to 60 new jobs will be created if an application for Wool Hall Farm, Wykeham, is given the go ahead. It will see the construction of a chilled dispatch store and a floreting hall for kale and cauliflower processing.
It increases the footprint of a new building by 476sqm and the height will raise from 6.5m to 11.5m and would be built in similar materials to existing buildings on the site, the application to South Holland District Council says.
The development will allow a floreting hall to be developed to meet the demand and the system utilises vertical technology, hence the increase in height of the building. A new chill store is needed to ensure a safe cool chain operation.
A separate application has also been made for a Wardentree Lane site for FreshLinc to build a new chill store, loading docks, offices and parking along with self-store containers – a development which would create 37 new jobs.
The site, between Bervor Close and Warden Tree Lane, is currently undeveloped and was previously agricultural land.
“The site currently employs office and warehouse staff together with HGV drivers who are out on the road most of the day. The development will result in 37 additional warehouse and office/admin staff,” says the agenda.
“It is expected that the proposal will benefit the local community with continuity of employment for local people and income from outside the immediate area benefiting the local economy.”
lBakkavor doing well – see page 7.