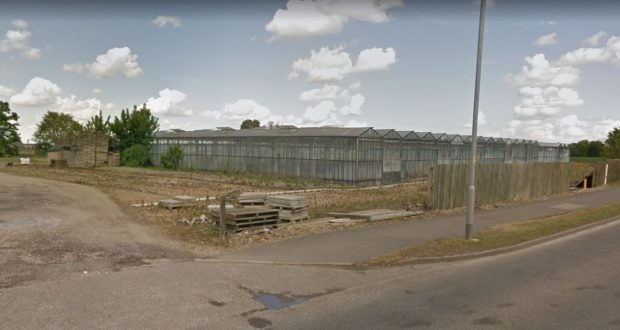 Detailed plans for 96 new homes in Pinchbeck have been submitted to South Holland District Council.

The site, off Wardentree Lane, is set to be developed by Bellway and will be a mix of new homes from one to four bedrooms, including 24 affordable units.

An outline application had been submitted in July 2018 but some modifications have been made, including making some of the properties outward facing on the boundaries.

A gas pipeline runs north to south through the site and will be the basis for a ‘green corridor’ as it needs a wide easement area.

“Unlike the original indicative site plan, the proposed scheme orientates a higher number of dwellings facing out of the site and overlooking the open space,” says the accompanying design and access statement.

The 9.7 acre site is the former Redmile Nursery bordered by Blue Gowt Drain and Wardentree Lane.

As the detailed plans have evolved, more than two acres of the site will be open space, including swales (a type of drainage depression) and play space.

“Whilst the swales do not run parallel with the roads, they are designed to take roadside source-controlled run off,” says the document.

“The proposed scheme provides a central area of open space halfway along the primary road.

“An existing public right of way runs north to south within the western public open space; this existing route will be retained,” says the statement.

“Great care and attention to the house designs has resulted in all the affordable homes possessing the same architectural style, detailing, proportions and materials as the market dwellings, making them indistinguishable from each other,” says the document.

The application also proposes a minimum of two parking spaces per dwelling and one visitor space per seven homes. Most of the parking is on-plot with a limited number of ‘parking courts’ and on-street spaces for visitors.

No building on the site will be more than two storeys high and focal points will be created throughout the estate by landscape or architectural design.