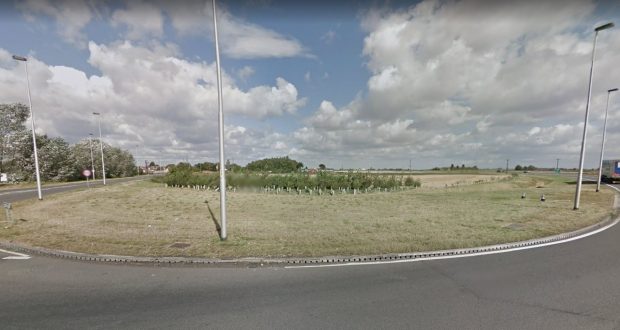 Plans for a service station just outside Crowland have been supported by the town’s parish council.

However they have asked South Holland District Council to consider several conditions before passing the application amid concerns over its impact from nearby residents, including those from The Roostings housing estate.

Recharge Roadside Services Ltd is looking to build an eight-pump petrol station with associated cafe, showering facilities and 61 parking bays for HGVs as well as two electric charging points on the A16 junction with James Road.

Resident Matt Elderkin spoke at an Extraordinary Planning Committee meeting of the parish council about the concerns which included noise, light and air pollution as well as the possibility of increased traffic.

Coun Lee Quince said: “It’s going to have an impact on the town.

“People will be more likely to use them than going into the places in town.

“Yes there’s lots of positives including jobs, but not there. You could not put it in a worse place, next to a housing development.”

But others felt it would be an asset to the town including the 21 full time jobs the applicant says its looking to create.

Coun Jan Woodroffe said: “I think having the petrol station is a great idea.

“I think the location is really good. It’s on the edge of settlement, on a road with passing traffic that needs those facilities.

“It’s bringing employment and facilities to the town. Yes if they’d bought land elsewhere, maybe to the north of the village, it might have been better, but this is the piece of land they’ve got.

Councillors asked for noise abating barrier closer to the services be installed rather than a proposed security fence, for allocated staff parking to be moved and for measures to ensure less traffic had to use James Road.