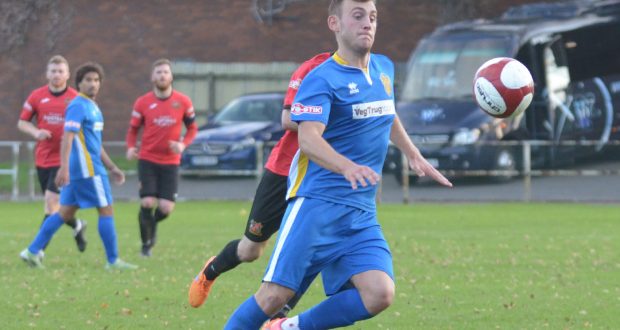 South Holland’s two teams in the Uhlsport UCL Premier Division have taken vastly different stances as to how the season should continue.

After Lincolnshire was placed in the Tier 3 (very high alert) of the government’s new restrictions, the UCL – like many other leagues up and down the land – offered its clubs the choice on how to proceed.

Tier 3 means that fans are not permitted to enter the ground, clubhouses must be closed and that travel between tiers is not recommended – although football is granted an exemption to the latter.

Holbeach United, much like the rest of Lincolnshire’s non-league sides at UCL standard, have opted to wait until the tier system is reviewed in two weeks before considering if a return to action is appropriate.

Deeping Rangers, Boston Town, Bourne Town, Blackstones, Harrowby United and Sleaford Town have all made similar decisions, with matchday costs likely to cause significant financial harm to all of the clubs in question.

A Tigers club statement said: “I know this will be disappointing for some, however the club has decided to not recommence adult football at the end of lockdown and at the start of T3. This includes all matches and training for our first, reserves and sports teams.

“While we are at T3, this poses a number of challenges to us, those being: No fans are allowed in the ground and we are unable to open the bar.

“We have mixed tier players and coaches in all three of our adult squads. We are an FA community club and we believe ethically and morally it is not appropriate for the club to re-start during this challenging period.

“We will review the decision based upon the tier status as and when it’s reviewed.”

However, Pinchbeck United have gone against the grain and have announced that their fixture against Northampton ON Chenecks at the Sir Halley Stewart Playing Field on Saturday (3pm) will go ahead, albeit behind closed doors.

Chairman Gary Coomes said: “The league have said that, if we both want to play, it’s all good unless any last minute problems arise.

“I am in favour of playing. We were told that the lockdown would end on December 2. We did that and came back to something even more bizarre.

“If you can go the gym, go to school, go shopping in any shop you chose, have your hair cut, get a massage, – the list goes on – then why should you not play football? With the restrictions we have already I cannot think of a safer place than in the fresh air.”

Pinchbeck could have a few debutants in their first game since the hefty 4-0 loss at Boston Town on November 3.

Meanwhile, the status of the weekend action in the ChromaSport PDFL remains up in the air. At the time of going to print, there was no concrete news for any of South Holland’s sides as the league continues to consult with the FA.

Action will resume in the Boston and District League, with Spalding Harriers, Holbeach Bank and Pinchbeck Sports all having scheduled 2pm games.

All of this weekend’s junior football in the Peterborough Junior Alliance League has been postponed, though, with that decision to be reviewed on a weekly basis.