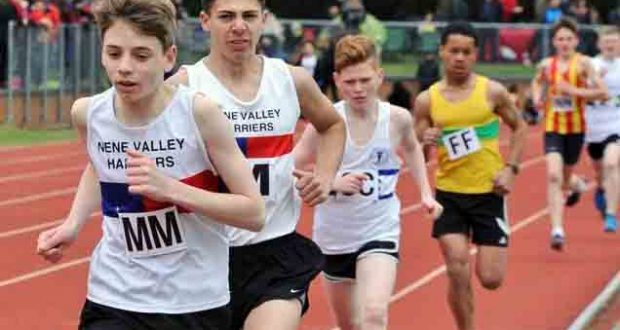 Harry Hewitt capped a cracking winter at Loughborough on Saturday when he finished 16th in the under-15 race at the Inter-Counties Cross Country Championship.

The Peterborough Nene Valley AC youngster earned his place in the Lincolnshire team by winning the county cross country champion in January.

Several other locals performed well and Isaac Ellard, wearing a Cambridgeshire vest, placed 40th in the under-20 race.

Three other local athletes made the top 100, with Lincolnshire’s Molly Peel finishing 60th in the ladies’ under-17 race.

Cambridgeshire’s Owen Wilkinson was 55th under-17 man and Ted Ash was the 87th under-13.

Steve Robinson was highest placed amongst the local senior men, finishing 163rd for Cambridgeshire. while Kayleigh Draper was the 141st senior lady home.

James Whitehead was the highest-placed man, finishing 37th in 1.13.14hrs.

Charlotte Cullen won the race with Aoife Glasswell in second and Niamh Hodgson 14th to complete the team win.

The under-15 boys did well, with Ed Linsdell sixth, Jack Haunch eighth and Josh Smith 15th.

Harvey Hancock finished fifth and Sam Garner was seventh in the under-17 boys’ race.