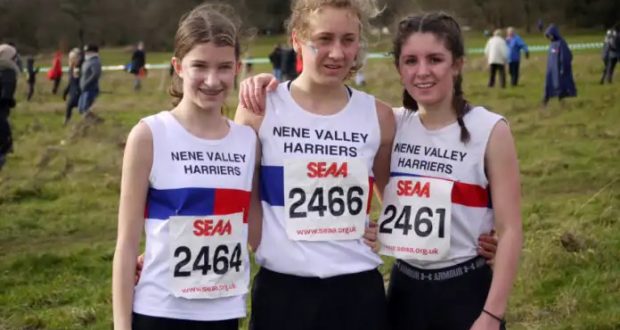 The silver medallist in the Lincolnshire Cross Country Championship, staged in early January, more than held her own in a field featuring many of England’s best under-17 runners.

Peel finished in 30th position with a 20.39mins clocking on the hilly 5km course, and was up there with the leaders after the early climb on to Hampstead Heath.

With Sam Oakley and Dylan Tomaselli both making the top 100, the boys placed 14th – which was the best team performance of the day from the club.

Owen Wilkinson also enjoyed a fine run in the men’s under-17 category with a 61st place finish. He covered the 6km course in 23.55mins.

Eliza Mardon was 110th in the girls’ under-13 race, while Isla Fullock-Holmes was nine places further back.

Lewis Wiles, of Peterborough AC, took the local honours in the boys under-13 race with a 99th-placed finish, while his team-mate Sarah Caskey ran well to place 111th out of over 700 finishers in the senior ladies race.

Wearing the vest of Serpentine Road Runners, the much-improved athlete covered the 14.4km four laps of the heath in an impressive 46.47mins, while second claim