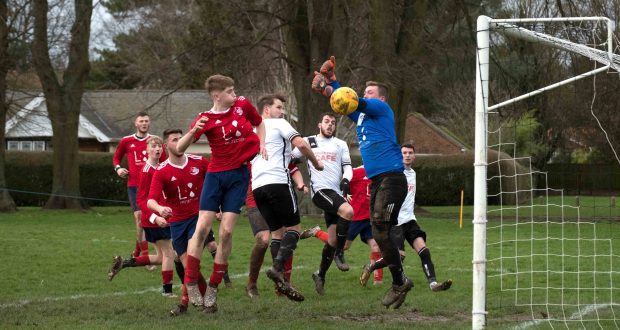 However, Clow (58) was sent off for Tydd, while team-mate Louie Rees and Sutton’s Callum Davies were both dismissed in the final minute.

Three people were also red carded by top official James Truman as they entered the field in what was an unsavoury finale.

In Division One, Crowland Town are six points clear at the top after thrashing Peterborough Northern Star Reserves 5-0.

Harry Grigas (2), Danny Firth (2) and Corban Oldham got the goals at Snowden Field.

In the Challenge Cup, Moulton Harrox Reserves went down 4-3 at home to Stamford Belvedere despite goals from Chris Beale (2) and John Ball.

Spalding Town were beaten 5-1 at Oundle Town in the same competition.