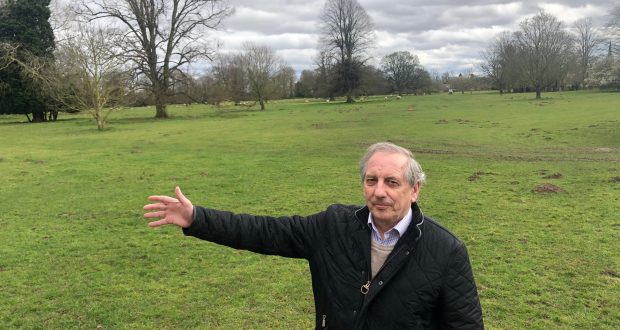 Park plans back but scaled down

Plans for a new children’s play area in Moulton are back on the agenda – but only as part of a much scaled down project without housing.

South Holland District Council has said it will give land off Bell Lane for a play area and a picnic area to Moulton Parish Council.
In March 2020, the district council announced plans to give 23 acres of land it bought in 2016 and create a country park complete with green burial site and parkland trail.
However it was due to be funded by the building of ‘six to 10’ homes on part of the site, something that angered nearby residents and led to a petition being set up by Moulton resident John Grimwood calling for no developments on the area.
The district council announced it was pausing its plans for the park shortly after.
This week the authority released a statement saying it would provide the children’s play area and a picnic space on a long lease to the parish council. Both sites total 0.6 acres with the other 21.4 acres staying as grazing land.
It will also include off-road parking and a footpath off Bell Lane.
Moulton ward councillor Anthony Casson has been pushing for the park since it was first announced. He said no firm plans had been drawn up yet.
“We’ll be putting in a planning application when we’ve agreed everything,” he said. “We’ve been waiting for a children’s play area in Moulton for a long time.
“It’s a very small version of what we planned before.
“We’ve had to scale it down because of COVID and the work that had come up.
“I am really pleased that we are able to make this proposal to the parish council, and hope that it will see us make positive progress towards opening up this valuable outdoor space to our residents, whilst setting the foundations for our long-term ambitions for the park.
“By working in partnership with the parish, we hope to be able to work quickly and effectively together, and begin developing the site into a space that people can enjoy, providing a safe and enjoyable place for outdoor recreation for many years to come.”
A spokesman for Moulton Parish Council said the authority’s members are pleased the 0.6 acre children’s play area was remaining as part of the deal and that it had money ready to equip it.
“The parish council welcome the plans by the district council for allocated land to build a play area.
“It was always only going to be a small part of the park as a whole.”