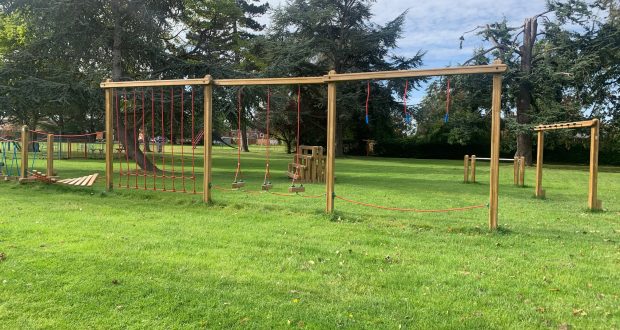 Prior to lockdown Long Sutton Parish Council invested £23,500 to provide a trim trail in the Winfrey Park for the younger age group and an outdoor gym in Cinder Ash Park to assist residents to keep fit outdoors and to help embrace a healthier lifestyle.

In order to further improve the town facilities the council will be pressing South Holland District Council to replace the current S106 funding system with the more recent legislation, The Community Infrastructure Levy.

The parish council considers the S106 system to be outdated and says it allows developers to renege on funding agreements in place.

Parishes are continuingly being asked to accept more and more development but with no direct funding for their communities or to increase infrastructure despite having the burden of an increasing population.

The parish council feels its request is strengthened following various reports in the press relating to developers applying for amendments to their plans to remove S106 conditions to increase profit margins.

Prior to lockdown the parish council surveyed other parishes in South Holland and out of those responding only Sutton Bridge had received any direct funding from S106.

This would cease if CIL was adopted because developers would have to pay the levy prior to any work commencing on site.

The parishes would then receive a percentage of the CIL payment directly to invest in updating and increasing amenities such as parks, CCTV and traffic measures.

The remaining CIL payment would go into a central fund at the district council which parishes could bid for to fund community buildings and other large projects.

The neighbouring Borough Council of King’s Lynn and West Norfolk operates this system and parishes have received thousands of pounds directly into their funds.

Long Sutton Parish Council is urging all parishes and residents to lobby their district council ward members and the SHDC cabinet to support the request for this change so every community in the district can benefit from development which continues to change their communities.

In addition to this project the council now has security services patrolling the town parks to try to reduce the increase in anti-social behaviour and to enforce the park bylaws and it is proving to be successful.

The bylaws require that dogs are to be kept on a lead and that cars only park in the designated car parks.

Under the bylaws the council could issue fines of £50 for each offence.