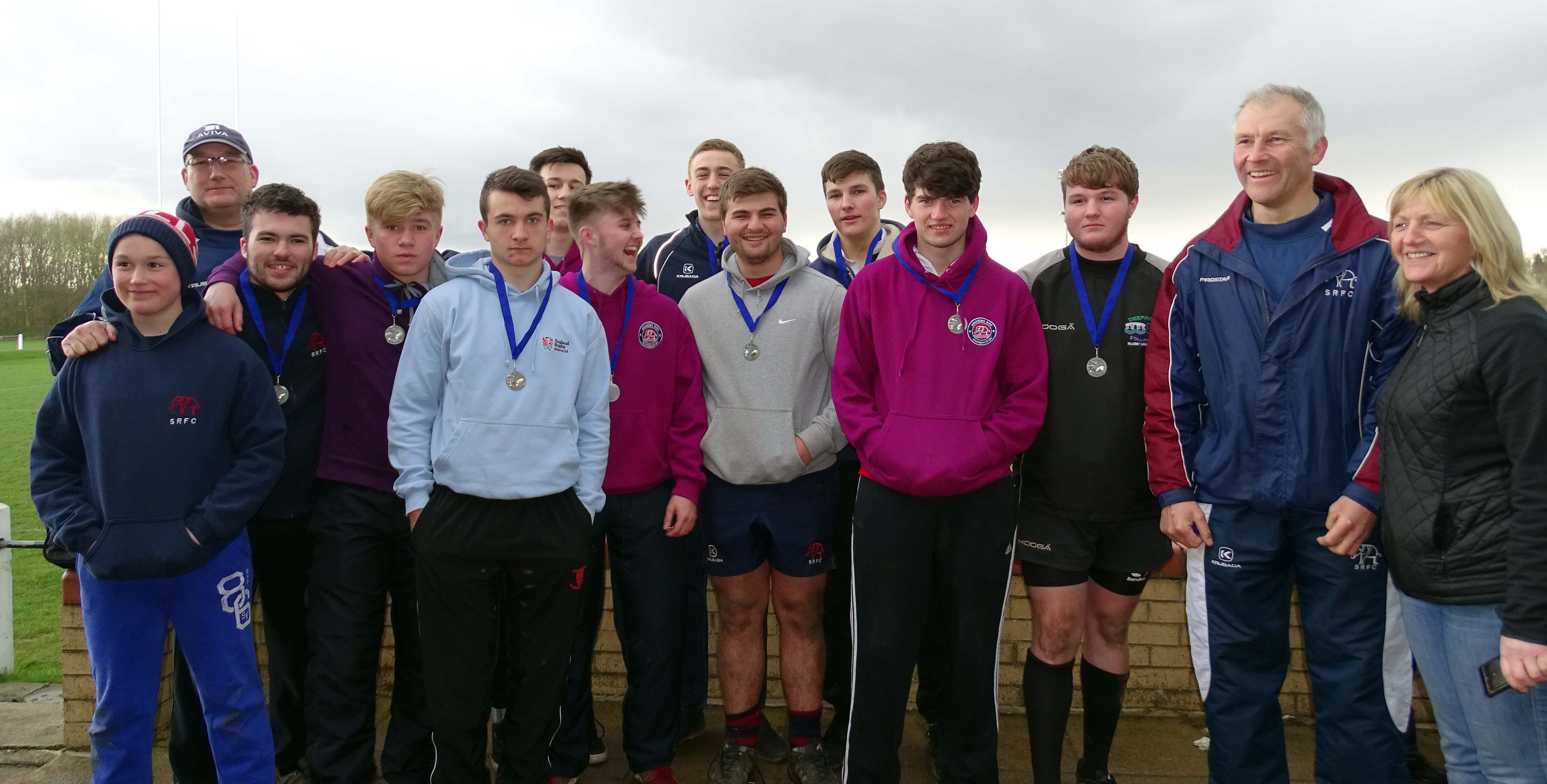 REPRESENTING: Spalding RFC under-17s battled against some of the nation's top teams at Hull – and impressed on their run to the bowl final.

Spalding RFC’s under-17s travelled to Hull on Easter Sunday to take part in the inaugural colts sevens festival – and gave a very good account of themselves.

With 12 strong sides taking part, it was inevitable that Spalding would get a tough championship group – and so it proved, with Driffield, Leigh Lions and Selby the opponents.

Spalding, usually slow starters, won the first game against Driffield, although at times making hard work of it. Good tries were scored by JJ Faulkner and Cory Lewis, both converted by Adam Castle in a 14-7 win.

The second game was against Selby, who later won the overall cup competition. This was a close affair and Selby just edged it 12-7. Mark Hendy scored Spalding’s only try, which was converted by Castle.

On reflection this was a game that the Lincolnshire side could have won, as they were pressing at the end only to run out of time.

In the third game, Spalding needed to win to progress in the cup, but unfortunately came up against a very strong Lancashire side in Leigh.

Spalding lost 28-5, the only score coming from a determined Elliot Kulleseid who took two players with him over the line to score.

Spalding went through in third place and into the bowl, where they faced Doncaster in the semi-finals. It was here that they played their best rugby.

First to score was Hendy, then from a scrum on halfway James Thomas broke blind to hand off and score. Hendy was again on the scoresheet, and Faulkner cut a great line for his second of the day.

Castle eased Spalding into the bowl final with a classy score, and three conversions to run out 31-10 winners.

In the final Spalding found themselves up against Leigh Lions for the second time of the day. Leigh started well with a good try from their winger try, but the contest was blemished with a horrible neck tackle to Castle and later on to Scuffham. The ref allowed play to go on and Leigh scored, after cries from the grandstand.

Cory Lewis saw a yellow after what was deemed as reckless play and at half time Spalding found themselves 19-0 down.

Town’s heads never dropped and a breakaway from Tom Birdseye allowed Thomas, in good support, to cut inside and beat two men for a well-earned try which Castle converted.

Thomas was again on the scoreboard as Hendy chipped through and the scrum-half just beat the Leigh defender in a race to the line. The damage was done in the first half, though, and Leigh were deserved winners of the bowl by a 32-14 scoreline.