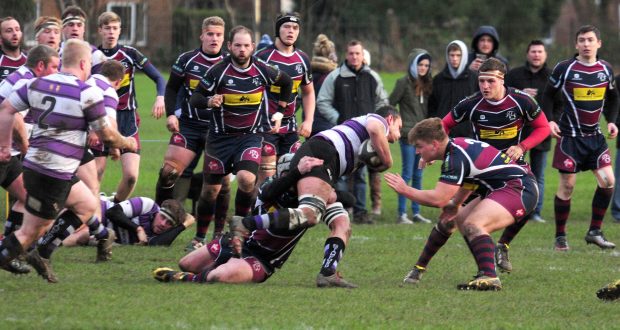 GREAT OCCASIONS: Town's derby dates with Stamford are now a thing of the past. Photo by ADRIAN SMITH

Spalding RFC’s Midlands Two East (North) fixtures have been revealed ahead of the start of the new season on September 10.

Town both begin and end their league campaign against Coalville, while they’ll be up against regular foes such as Ashbourne, Nottingham Casuals, Kesteven and West Bridgford.

However, they are no longer in the same division as Stamford, who have moved sideways to Midlands Two East (South) – a division that also includes local sides Peterborough, Oakham and Oundle.

Meanwhile, Town have been drawn away at Sleaford in round one of the NLD Shield on September 3.

Here is Spalding’s fixture list in full (league only)…