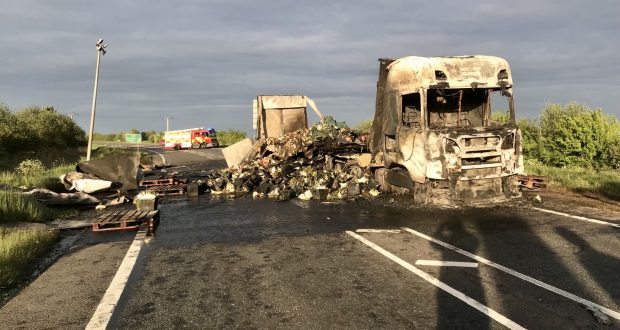 The aftermath of the fire.

‘No casualties’ from A16 lorry fire

A driver escaped his lorry going up in flames yesterday (Thursday, May 12), Lincolnshire Fire and Rescue say.

There were no casualties reported following the incident on the A16 near Crowland reported around 4.30pm yesterday.

A spokesman for Lincolnshire Fire and Rescue said at 1am this morning: “Crews extinguished the fire using two hose reels, foam and breathing apparatus.

“No casualties reported. Crews have left scene and the incident was left with Highways.”