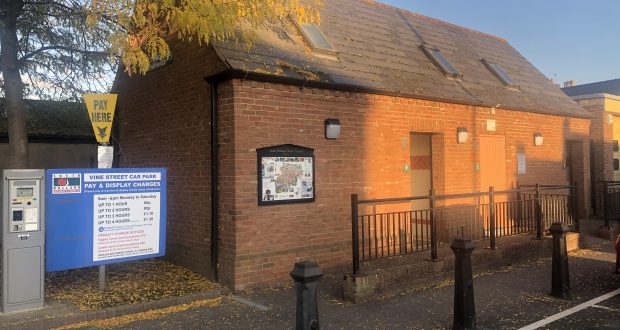 The public toilets in Vine Street have been vandalised so many times after a £3,000 refurbishment was completed in January that they’ve been forced to close again.

The council say £4,000 worth of damage has been caused in its toilets so far this year and it’s now trialling a new heavy-duty timed lock in Holbeach which it hopes will address the issue.

The meeting heard the latter was due to vandalism too after a £9,020 refit, though officers had now felt they’d secured it, but that Vine Street remained closed after “thousands” of pounds of vandalism.

Marc Whelan, strategic operational property manager, said: “We have suffered an enormous amount of vandalism since refurbishing and it’s got to the point we’ve put in three different types of locks which still didn’t keep them out.

“Unfortunately the last episode resulted in the vandals detaching the toilet completely and it led to an extensive water leak.

“If the lock we’re trialling in Holbeach proves to be successful, all the toilets will be able to open earlier and close later which would sort the market traders.

“With the disabled toilets, we now think we have a lock that is strong enough.

“We hope to keep the people out at night and provide a resolution.

“Obviously the ideal resolution would be nobody goes and vandalises them, but unfortunately we don’t seem to be in that situation.

“The last vandalism cost thousands. We’ve had to replace the locks and all the doors.

“Hopefully the new locks will work. If it continues we should perhaps look at some kind of CCTV monitoring.”

Coun Bryan Alcock said: “We can’t, as an authority, keep spending money on repairing vandalism. We need to try and overcome that.

“There’s two issues, one is the CCTV and the other is to ask the police to have a bit more of a keen interest.”

In updates on all the area’s toilets, a £28,500 remodelling of Holbeach toilets is currently nearing completing while £5,115 works in Long Sutton and £19,809 works in Donington are completed with those village’s parish councils set to take over the running.

Work on Ayscoughfee Gardens in Spalding costing a total of £135,000 is ongoing while a revamp of the Sheep Market toilets is in the design stage.

Works on Crowland’s toilets is due to start in September with Sutton Bridge to follow, the meeting heard.