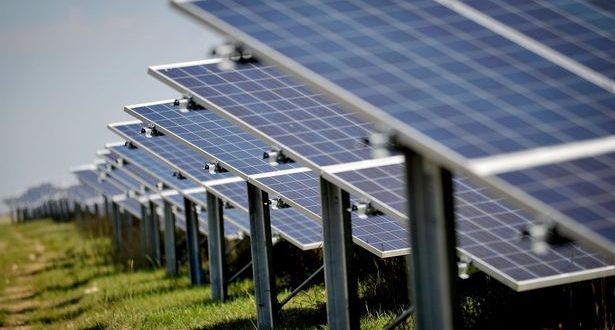 New solar farm on the cards for Sutton Bridge

A new solar farm could provide power to almost 10,000 homes if planners give the go ahead.

EDF Renewables (EDF R) wants to develop a 49.9 MW solar farm next to the Sutton Bridge Power Station, which will be capable of generating enough renewable electricity for the domestic needs of 9,581 households annually.
EDF R has been carrying out ecological and other feasibility surveys and is now consulting with the local community about the proposal ahead of submitting a planning application at the end of September.
Originally EDF had plans to build a gas power plant on the site but after considering a number of options has decided a solar farm is better suited.
The proposed solar farm would, if given planning permission, allow the project team to think about potential battery storage and electric vehicle (EV) charging possibilities at the site too.
Along with solar power, battery storage and EV rapid charging are both significant enablers for the UK’s goals to reach net zero by 2050.
There is growing concern about climate change and EDF Group plans to double its installed renewable energy capacity globally from 28GW to 50GW in the next ten years.
At 49.9 MW, the Sutton Bridge scheme could save around 21,642 tonnes of carbon dioxide emissions each year.
EDF Renewables Director of Solar and Onshore Wind Development, Mark Vyvyan-Robinson said: “This is an excellent site for a solar farm, with high levels of irradiation and a nearby grid connection.
“EDF Renewables is an experienced renewables developer and Sutton Bridge is the first of several solar projects we have planned in the UK.
“Our renewables projects will enable us to contribute to the UK’s green economic recovery from COVID-19 and help the country reach its net zero targets.”
EDF R is conducting online and postal community engagement.
Residents near to the site will be contacted by post and members of the public are encouraged to visit EDF R’s Sutton Bridge website for further information and a chance to provide feedback.
The public consultation closes on August 24 and EDF R intends to submit a planning application to South Holland District Council at the end of September.