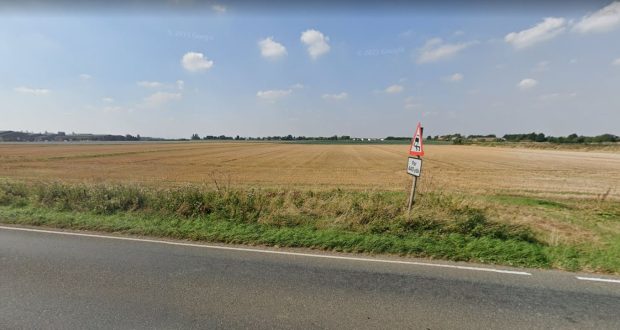 The land as seen on Google Street View.

Long Sutton could soon be welcoming more tourists as plans for a new holiday park have been submitted.

The new park would offer accommodation in timber huts and sites for touring caravans.

Proposals have been submitted to South Holland District Council for land adjacent to 80 Wisbech Road.

There would also be work carried out on an existing lake as part of the project.

The application is for change of use as the land is currently agricultural.

“The proposed site comprises of 17 timber huts, one shepherd hut for office use and pitches for touring caravans,” says a design and access statement submitted with the application.

All the huts will be on wheels so they can be moved around the site as needed.

According to drawings accompanying the application, two of the huts would be sited on an island within the lake which would be reached by a footbridge.

A new access road would be constructed to the site which is screened from one side and cannot be seen entirely from the road.

“The current climate is due to boost with staycations and as the site has already been present with the Caravan Club, the site warrants a full permission for this industry,” says the statement.

The site, if permitted, would also accommodate nine touring caravans on pitches.