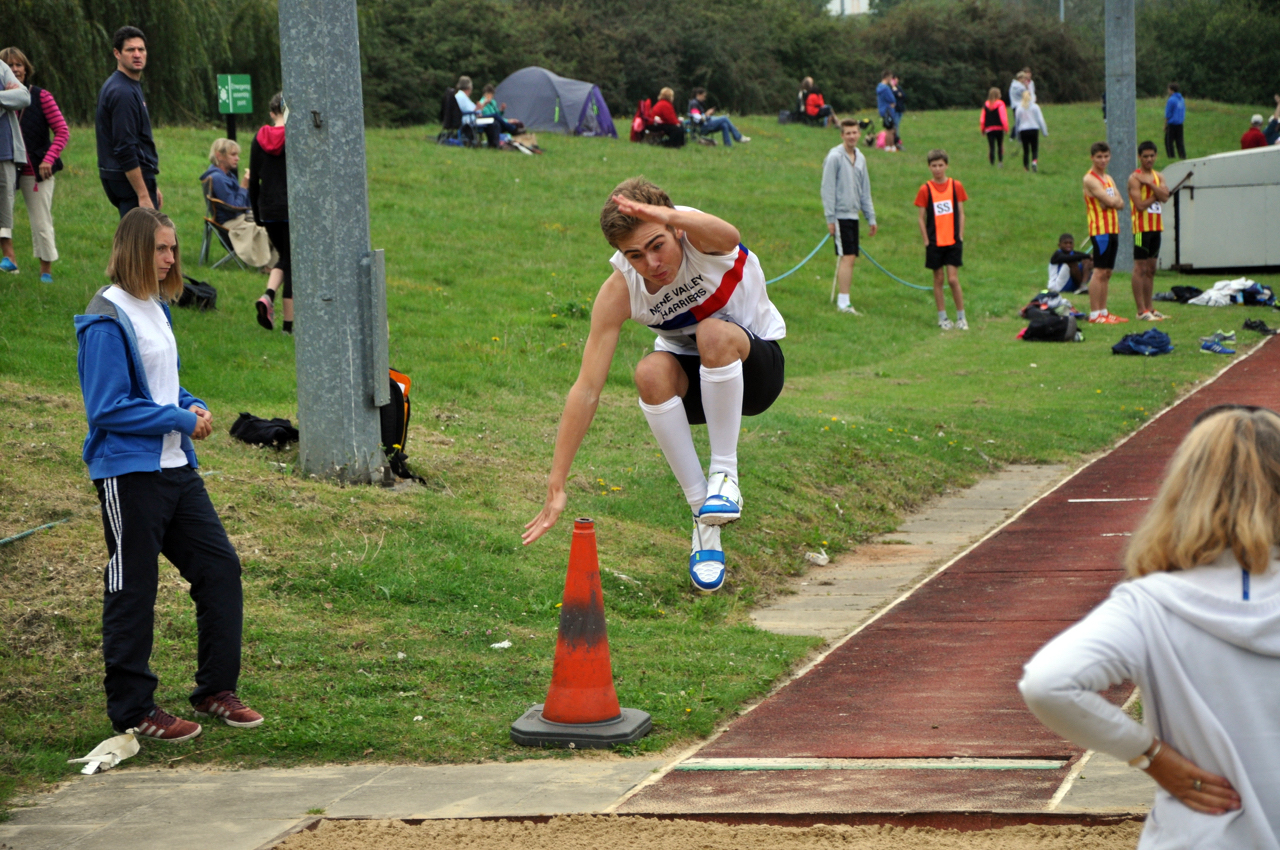 With Nene Valley Harrier’s senior team riding high in the national leagues, their youngsters were eager to show that the club’s future is in safe hands.

This was achieved when the Harriers took a superb second place in a highly competitive Eastern Young Athletes League match at Peterborough’s Embankment track.

With two of the strongest clubs in the league – Havering and Stevenage – amongst the opposition, and the Lincolnshire track and field championship taking place on the same day coach, Russ Prosser, knew that this would be a tough examination of his squad’s strength in depth.
Prosser was delighted with the response that the spirited youngsters delivered, finishing a close second to Stevenage.

Nene Valley recorded overall victories in both the boys’ and girls’ under 17 categories, with athletes being willing to take part in multiple events to assist the club’s cause.
Alistair Pitts and Luke Fidler won maximum points between them in the triple and long jumps, and both athletes also gained valuable points in track events. 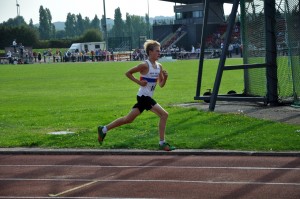 Nathanial Taylor won the 800 metres by a hair’s breadth, while Oliver Bowling’s 1,500m time of 4.17mins saw him first over the line by the huge margin of 15 seconds.
Lydia Church won the under-17 girls’ hammer with a fine throw of 36.90m, while Rosie Fresen earned Nene Valley maximum points in the pole vault.

The 1,500m ‘A’ and ‘B’ races were won by Megan Ellison and Beth Goymour respectively – and this double was part of an unprecedented feat by Nene Valley’s middle distance runners.
They gained maximum points in the 1,500m across all the girls’ age groups.

Flo Brill and Calypso Priestly were winners in the under-13 1,500m races and this achievement was equalled by Amelia Monaghan and Josephine Fortune for the under-15s.
Amber Park took the honours in the under-15s 800m, with Elysia Constanzo doing the same in the pole vault.

The under-13 boys, meanwhile, finished second in their category. Consistency was the name of the game, with athletes scoring well across many events.

Luke Taylor won the under-15 boys’ javelin, while Kai Harrison was second in the shot putt and hammer.
Nene Valley, who host the next fixture on June 14, currently lie fifth out of 28 teams in the league table.