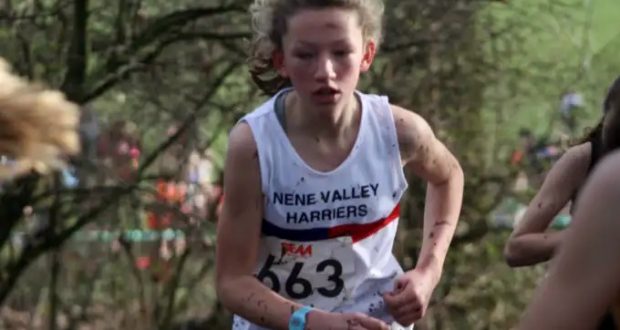 Nene Valley Harriers go with the Flo at county runs

Nene Valley Harriers were champions in Cambridgeshire and top of the listings in Lincolnshire as their athletes excelled in the county cross country championships.

Leading the way in the Cambridgeshire event at St Neots was Flo Brill, who had an outstanding run to finish a minute ahead of the field in the under-15 girls’ race.

She was one of the three individual winners for the Harriers on the day.

Ellie Piccaver won the Cambridgeshire under-20 Championship, while Megan Ellison was first over the line in the Lincolnshire under-20 race.

In addition to individual medals team prizes also came thick and fast. The under-15 girls bagged Cambridgeshire gold, a feat matched by the boys’ under-11s and men’s under-20 teams across the border in Lincolnshire.

Plenty of minor medals were also won, too.

The brilliant Brill covered the undulating 4.3km Cambridgeshire course in a time of 18.42mins. Chelsie Bole (in third) and 12th-placed Lottie Hemmings helped to secure the top prize for the speedy trio.

Piccaver ran 24.00mins over 5.8km for her first place, and was joined on the podium by third-placed Josie Fortune.

Despite missing a number of key runners, the under-17 girls took the 4.8km course in their collective stride to earn a team silver.

Katie Tasker was fourth with a 20.45mins clocking and enjoyed sterling support from Olivia Mead (7th) and Katie McLaughlin (9th).

Amazingly, Nene Valley’s under-13 girls had six athletes in the top 15. Eliza Mardon finished third and clocked 10.49mins over the 2.9km circuit, some 11 seconds ahead of fourth-placed Aoife Glasswell.

Matilda Halford also came in tenth as the girls earned team silver. She was followed home by Elizabeth Eames, and with Lola Fletcher 11th and Isla Fullock-Hines 15th.

The B team just missed out the medals finishing fourth.

Alexandra Braid was runner up in the under-11 event with a time of 7.26mins over the 1.7km lap.

Although Nene Valley were not represented in the senior ladies’ race, Ruth Jones – who now competes in Helpston Harriers colours – came home 20th, one position behind Yaxley’s Kayleigh Draper.

Edgars Sumskis, who has recently joined Newham and Essex Beagles after a stint with Nene Valley, won the 10.8km men’s race in a time of 34.44mins.

The team grouped well and earned a solid fourth place finish as Lee Harthill, Luke Myers and Mike Chapman all made the top 40.

The under-15 boys won team silver with third-placed Sam Hughes covering the 4.3km course in 17.54mins.

Sixth-placed Owen Wilkinson led the Nene Valley under-17 challenge as the boys won bronze, Wilkinson went round the 4.8km circuit in 19.49mins.

Alex Roberts was fifth under-13 and James Loosley was the first under-11 Harrier, finishing 17th.

Meanwhile, the Lincolnshire course at Biscathorpe in the Wolds – an old fashioned cross country course containing hills and a stream, which the runners cross several times.

The daunting circuit seemed to suit many of the younger Harriers, and in addition to Megan Ellison’s under-20 gold, medals flowed thick and fast.

Under-17’s Molly Peel and Hannah Knight were on the second and third steps of the podium, while the under-15 trio of Ellie Rainbow, Josie Knight and Alexis Boole collected team bronze.

Evie Hemmings was fifth under-13 and Tammy Rainbow finished as fourth veteran, with Alison Staines eighth.

Aaron Hunt, in second place, and Bradley Allan (third) were joined by fifth-placed Robert McAndrew for under-20 gold.

The under-11 boys also achieved gold thanks to strong runs from Rhys Buswell (third), Fraser Boole with (sixth) and Toby Staines (seventh).

The under-17 boys collected silver, with Archie Rainbow, Matt Dowling and Sam Staines finishing in a sixth, seventh and eighth position procession.

Harry Hewitt was the leading under-15 boy in fourth, with Isaac Fell finishing the under-13 race in 14th.

Paul Parkin also squeezed into the top 20 of the veteran men’s race.

The London-based Nene Valley Harrier left the other ladies trailing in her wake, as she continued to build on the impressive progress that she’s made over the past year. 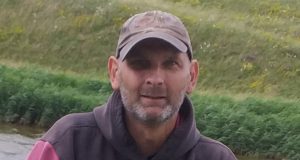