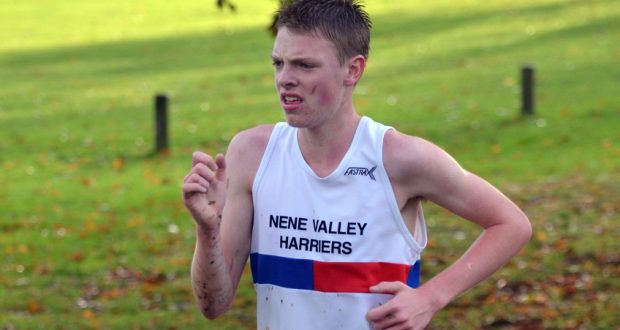 The rangy Nene Valley Harrier, who was champion in 2015, flew into the lead from the gun and maintained his advantage throughout the race, winning in a time of 15.51mins.

Helpston Harrier John Herbert was never far behind, but just couldn’t bridge the gap – finishing as runner up seven seconds behind with a time of 15.58mins.

Michael Moore gained a couple of places in the final kilometre, finishing third in 16.17mins.

Hannah Brown, of Biggleswade AC, easily won the ladies’ race in a time of 18.42mins with BRJ’s Shelley Duffy clocking 19.21mins to finish as runner-up.

The Peterborough AC Wiles brothers had a good day, with Lewis finishing third in 10.50mins and Joshua sixth with an 11.18mins clocking.

Elizabeth Eames, of Nene Valley, was the first girl home in 11.33mins with Stamford AC’s Erin Cox runner-up in 12.01mins.

A trio of Nene Valley athletes took the next three places. Lola Fletcher was third in 12.04mins ahead of Josie Knight, who clocked 12.08mins, and Lottie Hemmings with 12.17mins.

The Stamford ace won by more than one minute.

Mikey Chapman, of Nene Valley Harriers, clocked 37.26mins for 26th. Chapman won the inaugural running of the race in 2012.