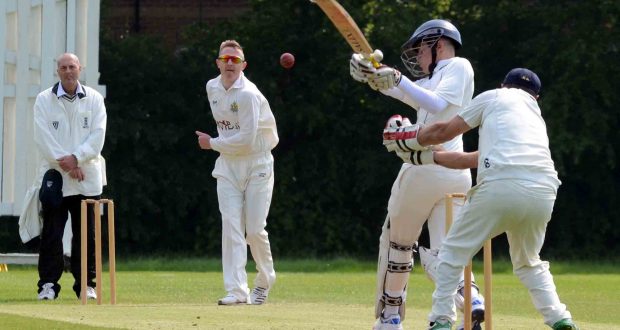 Spalding Town opened up a potentially pivotal lead in the South Lincs and Border League Premier Division with a big 119-run win over hosts Billingborough on Saturday.

Joe Broomfield (54) and Jon Manton (30) top scored as Town were bowled out for 170 batting first, leaving hosts Boro’ in with a sniff of victory.

And, with rivals Bourne 2nd beaten at Woodhall Spa 2nd, Town are now 25 points clear with just three games left to play as they bid to seal promotion and make it back-to-back titles.

After being inserted into bat by their hosts, Town openers Manton and Broomfield built a solid platform for the innings.

Stuart Gollop (6-29), who had a great day with the ball, eventually got Manton LBW but Broomfield passed his half-century before being bowled by Harry Lamb (3-36).

The tail didn’t really wag for Town, with only wicket-keeper Matt Gill (11) and Naylor (12) managing double figures before the innings was wrapped up in 38.2 overs.

In reply, Billingborough never really got going and had no players capable of posting a double-figure score.

Andrews aided him with the wicket of number three Rob Arnold for a duck, while Miles bagged Callum Scott for just one.

Naylor returned to clean bowl Ellie Stanley for a duck, before Andrews and Miles wrapped up the tail in the 19th over.

This Saturday’s fixtures look to be key in the title race, with Town welcoming third-placed Woodhall Spa 2nd – fresh off clubbing 341 against Bourne – to Spalding Grammar School (1pm), while their title rivals make the trip to mid-table side Boston 2nd.