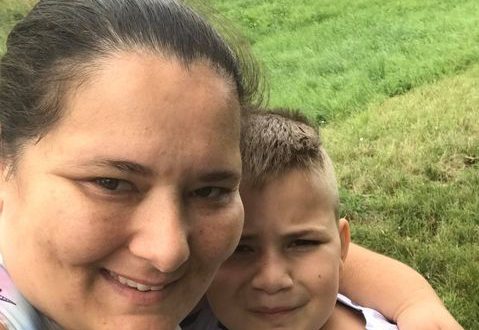 Mum’s concern over lack of school place for autistic son

A mum has expressed frustration over her autistic 11-year-old son not having a school to go to next week.

Julie Holmes will instead have to home school son Zak after he was told he would not be able to attend the family’s preferred school, The Priory.

She’s full of praise for the school that’s close to their Royce Road home because of the way they helped eldest son of five Ben (17), who is also autistic.

The mainstream school though has said it would not be able to meet his needs.

The county council say Zac can’t attend The Priory and is now talking to Julie about helping with home tutors.

Julie though is desperate for Zak to be a part of the classroom environment after previously home schooling him for two years amid claims he was being bullied.

He’d returned to Pinchbeck East Primary School in Year Six before the term was ended prematurely by the COVID-19 pandemic.

“It was our dream for Zac to go to The Priory,” Julie said. “They were amazing for Ben and helped him make friends and progress.

“We met the teachers there and were told we can’t go.

“I can’t fault Spalding Academy either. They’ve been really good with Amy, but they felt they can’t meet Zac’s requirements.

“He needs to be socialising in a classroom and given the support he needs.

“It’s like they’re not wanting to do the best for my son which is really sad as he’s not done anything wrong to anyone.”

Sheridan Dodsworth, Head of SEND at Lincolnshire County Council, said: “We want all children to get a good education, giving them a firm foundation for the future. We aren’t able to share details of individual cases, but we are working with Zak’s family to ensure his educational needs are met.

“Like the rest of the country, Lincolnshire is seeing a growing demand for special school places. In light of this, we are investing heavily in a capital programme for special schools across the county, which will significantly increase the number of places available as well as offering better facilities.”