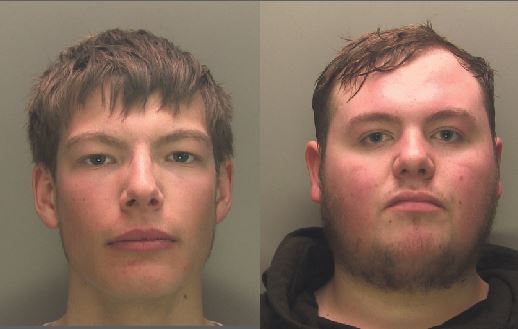 The mum of a 14-year-old who died at a drugs party has called the sentence handed to the pair branded ‘morally responsible’ for his death as ‘not enough’.

Earlier today (Monday) Alastair Turner (19) and Sam King (21) were jailed for 45 months and three years respectively after both admitted charges arising from the investigation into the death of Alex Buchan in April, 2019.

The Holbeach teen died when attending what the court heard were regular drug parties organised by the defendants at King’s home in Fleet Street in the town.

After collapsing at the address, Alex was found to have fatal levels of MDMA (ecstasy) in his blood.

In a statement released by Lincolnshire Police this evening, Alex’s mum Lisa Lynn, said: “Nobody will understand what this has done to the family; it has destroyed us.

“The sentence isn’t enough. It won’t ever be enough.

“This will be hanging over me for the rest of my life. My son, who had a heart of gold, is never coming back. People don’t understand the devastation drugs cause families.

“What kind of person targets a 14 year old boy who doesn’t know the risks. How many children have to die?

“If anything good can come from this, I hope it’s that parents and children see how dangerous drugs can be and that dealers see the potential consequences of what they are doing.”

Lisa and dad Alex Buchan had previously spoken to The Voice to say thank you to the community for their support after Alex’s passing. Lisa said: “Alex was my purpose, my reason for living.

“It didn’t take much to put a smile on his face and he was always grateful for anything you did for him.”