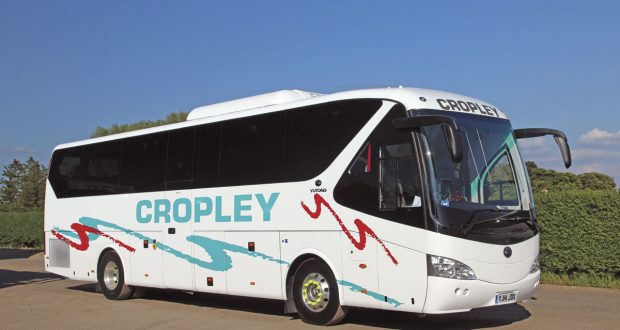 Cropley Coaches have increased fares by 25 per cent.

A Pinchbeck mum has been left angry after a 25 per cent hike in the bus fare to send her son to school.

The concerned parent, whose son travels to the Thomas Cowley High School by bus every day, says Cropley Coaches has increased fares from £2 each way to £2.50.

She said: “My son has commented that this is a 25 per cent rise, costing us an extra £20 a month to send him to school.”

She added: “My son also says the students have been squashed onto the bus. There are nowhere near enough seats and when standing there is nothing to hang on to.

“Yes, Thomas Cowley is slightly out of our catchment area but as I work as a teacher in my local catchment area I didn’t want my son to attend this school.

“The local council said we were not entitled to a bus pass and that working at our catchment school didn’t make any difference.

“Children are entitled to the best education available and as our local catchment school was in special measures lots of parents opted for other schools and were willing to pay for travel at a reasonable price as I did.

“My son is now in his fifth year at Thomas Cowley and the cost of sending him there has meant we have been unable to have regular family holidays. Is a 25 per cent hike in bus fare justified? How can people afford this? It is putting children’s education at risk.”

However Lincolnshire County Council says this is a short term measure.

Anita Ruffle, Group Manager, Transport Services, said: “This bus service was retendered in the summer as the old contract had come to an end.

“Cropley Coaches were chosen as the lowest bidder for an emergency short term contract after the initial round of tendering received no bids.

“Supported by a subsidy from the county council, Cropley Coaches has set the fares as low as they consider they can to cover the cost of providing the service.

“This short term contract runs until Christmas when a new long term solution will be pursued.”