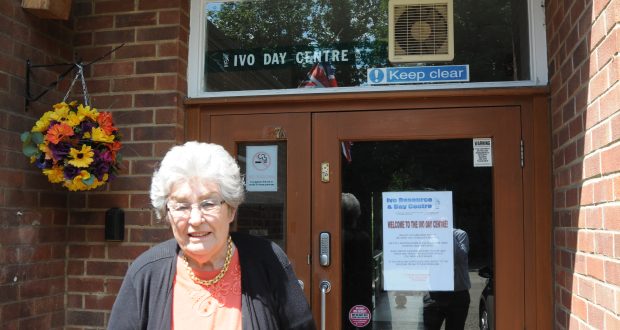 A devoted charity worker says she is heartbroken at Lincolnshire County Council turfing a number of local groups out of Spalding’s Ivo Day Centre.

Sue Croucher manages the charity that has looked after the centre, she says was built for the people of South Holland, since 1983.
But the county council is now taking control of it to move in a learning provision.
The recently turned 76-year-old says she has put her life into it and a host of charities in memory of her son John.
He was left disabled after contracting meningitis three days after he was born in 1979.
The charity Mencap attended The Garth School where he was a pupil and Sue got involved with them at a local level including in 1983 being their representative on the board of the charity set up to run The Ivo Day Centre.
Such was her passion and talent she rose up in the charity to become a director based in London moving down south to look after her parents following John’s death in 1991.
Throughout that time she remained on the Ivo Day Centre’s board.
She took a step down from Mencap in 2002 “to give the new blood” a chance.
After the deaths of her parents, she returned to the area in 2013 and says running the Ivo Day Centre has become like a full time job.
That’s until September 9 when LCC will take it over.
They’ve offered to continue to rent out the rooms at evenings and weekends and Sue is quick to stress the learning provision is a noble cause, but she’s worried where the groups she’s seen grow will go.
“I don’t think the county council really get what they’re doing,” she said. “There’s around 400 people who use this centre.
“For many this place has been a safe haven, away from the road and the town.
“One mental health group couldn’t find a suitable place for those they look after until they came here.”
Sue points out the rose bushes in the exquisitely kept garden are memorial bushes to people who have used the centre in the past.
The centre is also very well stocked with equipment, pretty much all of which, she says, was funded and bought by the charity itself.
“Pretty much everything you see is ours,” she said, “We’ve been building it up since the day it was opened.
“Everything, the centre itself included, was all bought specifically to help the people of South Holland.
“That’s why it breaks my heart a bit.”
She continued: “There’s a children’s home nearby and some of them kept breaking in and doing things like damaging the hanging baskets.
“So, we invited them in to see what they do.
“They really took it in and some have helped out.
“They were feeling a bit lost and that gave them a bit of purpose.
“You see so many people in different groups come in here and you see them develop.
“One chap who lives by himself comes in every day for a coffee and chat. I don’t know what he’s going to do.”
Sue says the charity will be wound down, but only after all the groups it houses finds suitable places to go.
She says they’re already struggling to find alternate venues for things such as The Vista’s annual pantomime taking place on December 2 but are still looking.
lSee page 8 for a letter from Sue.