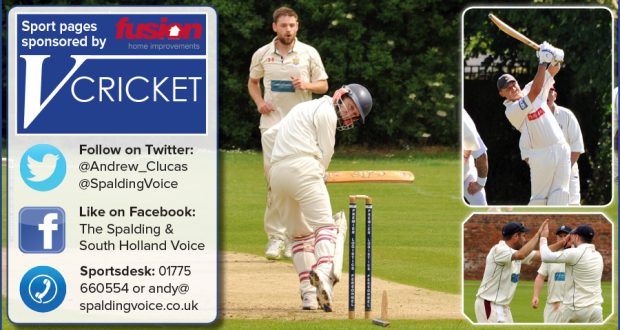 Moulton Harrox failed to get going with the bat as they suffered a four-wicket defeat against Baston in South Lincs and Border League Division One on Saturday.

Hosts Moulton were bowled out for just 107 batting first at Harrox Field, with Baston knocking off the runs in 37.2 overs.

Harrox were put into bat by their visitors – and they lost wickets at regular intervals.

Matt Barnett went for a duck early on, while skipper Joe Broomfield fell for 15.

The top order never really got going, with Will Naylor (9), Andy Goodley (4), Karl Hibbert (4) and Rob Sexton (2) all out for less than ten.

Clive Bayston (5) and Lewis Peak (0) also struggled, but there was some much-needed resistance from number eight Louis Greetham (22), number ten Steve French (12) and number 11 Joe Lyon (15) to at least get Moulton into three figures.

In reply, the away side lost opening duo Ben Hudson (5) and James Tickler (7) pretty cheaply.

Naylor (2-19) and French (2-30) did their best with the ball, but Harrox managed just four points from the clash.