Bakkavor is recruiting for more than 300 new jobs in South Holland, it announced this week.

Around the UK, the company is looking to fill 1,500 roles across its 23 sites.

Lincolnshire as a whole has 680 jobs and South Holland has 143 in Holbeach, 104 in Sutton Bridge and 89 in Spalding.

The company shut a Spalding factory last year with the loss of 500 jobs at the West Marsh Road site.

The June announcement blamed the pandemic and ‘difficult trading conditions’ for the factory closure. At the time it said that there had been ‘increasing pressure’ and it had to make difficult decisions.

But now it is starting to recruit for a variety of roles at its remaining Lincolnshire factories.

“As we re-emerge from lockdown, we have a wide range of jobs available at a large number of our well-established sites, all offering great career development opportunities,” said Donna-Maria Lee, chief people officer.

The highest number of new jobs is being created at the company’s Bourne site with 207, followed by Newark at 196 and Tilmanstone, Kent at 148. Boston will have 144 jobs on offer.

“We are immensely proud of our people and I would like to thank all our colleagues that have worked so hard during the pandemic to help us maintain food supplies to the nation, helping to keep the supermarket shelves stocked at a critical time,” added Ms Lee.

Bakkavor has a growing international presence in America and China as well as being the leading provider of fresh prepared food in the UK.

Among the 1,500 roles will be 148 in Kent, 198 in Nottingham, 139 in Bo’ness, Scotland alongside others in Leicestershire, Somerset, Lancashire, London, WiItshire and Cheshire.

The company has also created apprenticeship schemes to develop the skills of young people in the area.

Bakkavor was founded in 1986 and has its headquarters in London.

The group has more than 19,000 employees across 23 factories in the UK, five in America and nine in China. 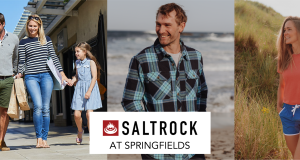