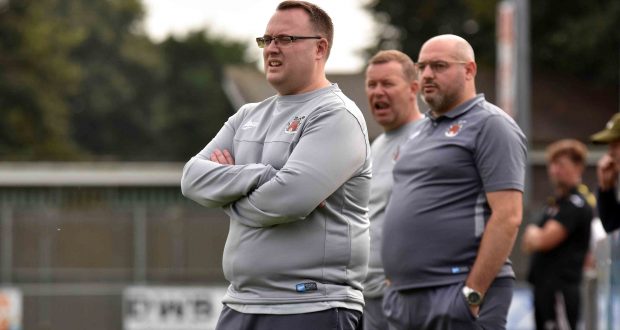 Monday football: Pinchbeck out of the drop zone after huge win, heavy defeats for Tulips and Tigers

Pinchbeck United made it back-to-back wins over Easter as they managed a huge 2-1 win over Skegness Town on Monday, while Spalding United lost 4-0 at Carlton Town and Holbeach United were beaten 3-0 at Deeping Rangers.

In the Uhlsport UCL Premier Division North, Pinchbeck moved out of the drop zone with just one game to play after their massive win at the Sir Halley Stewart Playing Field.

The Knights led 2-0 at the break and saw the game out well, with Skegness having two players sent off in the dying minutes.

That leaves Lewis Thorogood’s side one point clear of Selston and two behind Newark, with their two relegation rivals meeting each other on Tuesday night.

Below those three, Holbeach United concluded their relegation season with a 3-0 derby defeat at Deeping Rangers to complete a winless season.

Up in the Pitching In NPL Midlands Division, Spalding’s run of two wins on the spin was emphatically ended at Carlton.