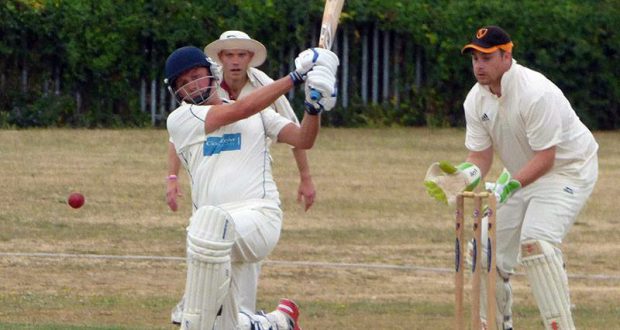 Four wickets from Jon Miles and a half-century by Joe Broomfield helped Spalding Town extend their lead at the top of South Lincs and Border League Premier Division to 30 points on Saturday.

Town picked up maximum points (20) after securing an eight-wicket victory over Billingborough, who they bowled out for 109 at the Memorial Field.

Broomfield’s 53 then steered Spalding to 111-2 in just 16.2 overs to wrap up a comprehensive victory and keep them clear at the summit after 14 games.

With visitors Boro’ winning the toss and opting to bat first, Town made early inroads into their line-up when Brandon Andrews (3-17) got rid of openers Jed Humphries (7) and Henry Wardman (0).

Roy Tilley (1-24) then got rid of Shaun Brown (5), before skipper Richard Wells offered stubborn resistance with a battling 52.

Sadly for the captain, wickets tumbled around him as Barratt got Tom Rollinson for a duck and Miles came on to remove Paul Goodwin (1), Callum Scott (6) and Rob Arnold (0) before finally snaring Wells.

Town were red-hot favourites to chase down their target of 109 in reply – and set about scoring at a rapid rate.

Broomfield was belligerent at the top of the order and raced to 53 before being dismissed caught and bowled by Jed Humphries (2-27).

Jon Manton (26 not out) was a little more watchful, while skipper Josh Newton came and went for 14.

So, it was left to star bowler Miles (4 not out) to join Manton and get Spalding over the line in the 17th over.

With second-placed Sleaford 2nd collecting 19 points, Town edged further clear at the summit after their latest victory and are back in action at home to basement side Welby Cavaliers this

Saturday (1pm). That clash will be at the Memorial Field.