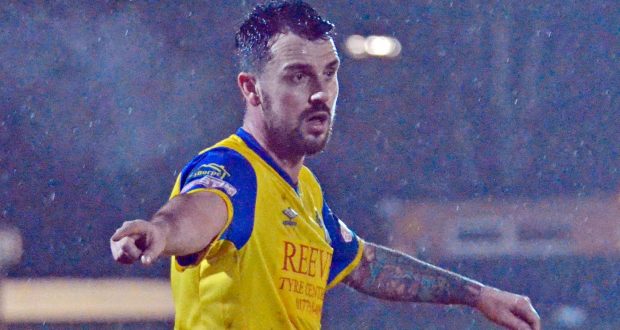 A Leon Mettam hat-trick fired Spalding United to an emphatic 4-0 win over Romulus on Saturday as they got their Evo-Stik NPL First Division South promotion bid firmly back on track.

The Tulips, left reeling by a 4-3 loss at lowly Carlton Town last Tuesday night, romped to victory at the Sir Halley Stewart Playing Field to solidify their hold on second place.

Top scorer Brad Wells slotted Dave Frecklington’s side ahead on 24 minutes, before two Mettam goals in as many minutes (38 and 40) effectively ended the game as a contest before half time.

Although the second half was a bit of a non-event, Mettam won and converted a penalty 17 minutes from time to further emphasise Spalding’s dominance.

However, on-loan hitman Mettam was carried off injured soon after completing his treble – and is something of a doubt for Saturday’s tough trip to table-toppers Shaw Lane.

Tulips player/coach Terry Fleming felt that he and the management team were vindicated in their decision to play the same 11 which lost at Carlton – and was pleased to see his side get more vital points on the board to keep themselves on course for the play-offs.

Fleming said: “It was important for us to bounce back after the loss at Carlton, we were all disappointed with that. The result and performance wasn’t what we’ve come to expect.

“It was a positive performance and getting three points was vital. In the end it was comfortable for us, but they did make life difficult for us at the start.

“We dominated for large periods and, once we did get the first goal, you could see that their heads dropped a little bit. We took advantage of that.

“We spoke all week about the plans for the game and came up with about 16 different sides! But, as a management team, we thought we should give the same team that lost a Carlton another chance – they’ve not let us down much this season.

“We backed them to go out and put in a performance and ultimately the boys came up trumps with a performance.

“We’re serious about what we can achieve this season. It’s important for us to keep winning and keep putting the points on the board.

“The teams around us may have games in hand, but they’ll still got to win them.

“All we can do is take care of our own house – and that’s what we’ve done by beating a well-organised Romulus team.” 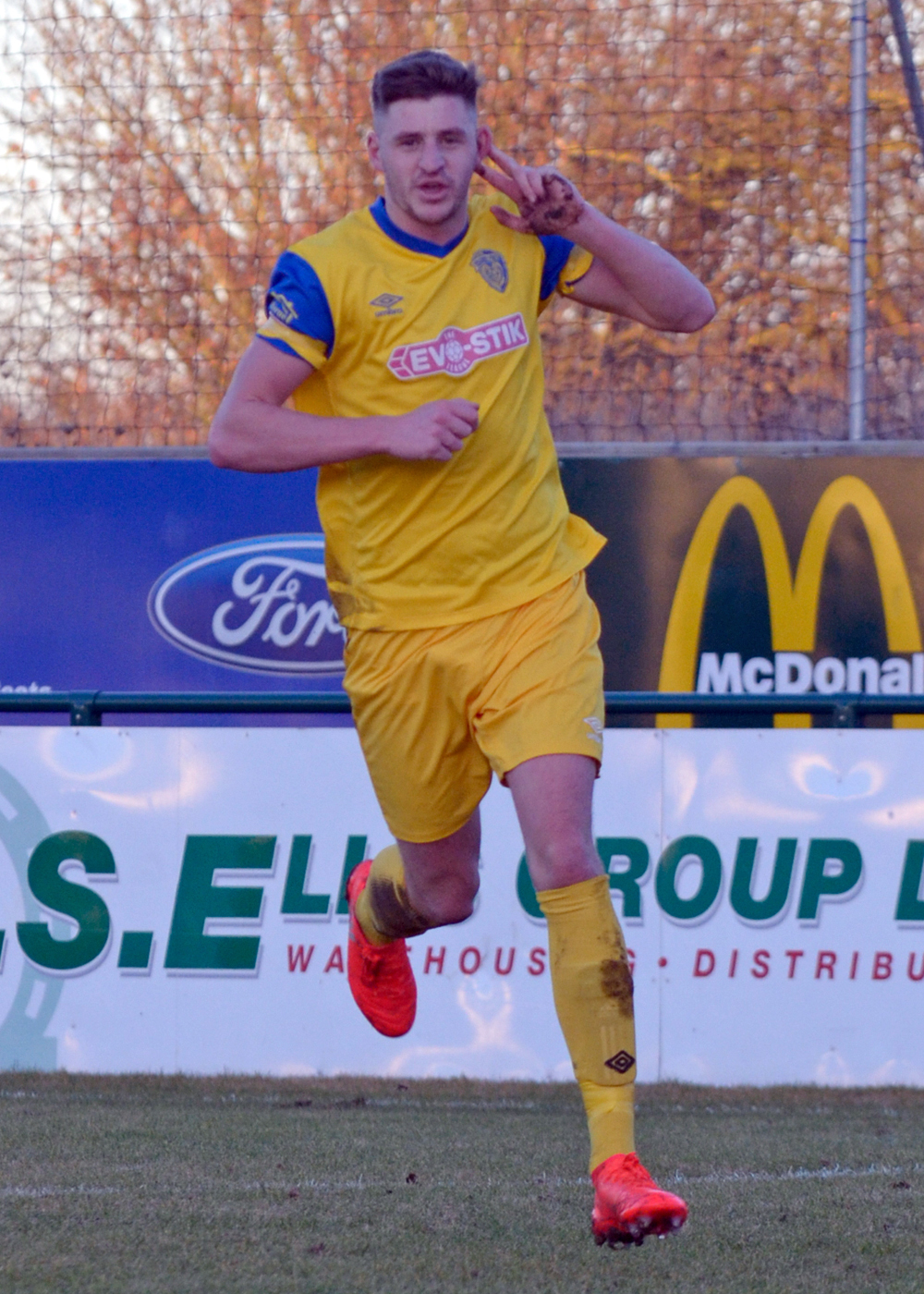 On a heavy Sir Halley surface, it was largely even in the opening stages of the contest on what was a bitterly cold afternoon.

Home keeper Michael Duggan was called into action early on to deny the lively Jordan Francis, who gained a sight of goal after escaping Nathan Stainfield. He perhaps should have done better with his low effort, but Duggan saved well.

But Spalding created most of the chances and went close when Matt Varley’s long throw was flicked on by Kern Miller for Nathan Whitehead, who directed the ball just wide of the far post.

The Tulips didn’t have to wait long for the opener, though, which came from the best piece of football in the first half. Cenk Acar superbly switched the play to pick out the rampaging Jordan Lemon, who in turn delivered expertly for Wells to convert with ease at the back post.

That seemed to kick the hosts into action, with Mettam unlucky to see his fierce low free kick saved by the visiting keeper.

Romulus didn’t get so lucky on 38 minutes, with Spalding doubling their money. Another Varley long throw wreaked havoc in the away box and the ball eventually fell to Mettam, who somewhat scuffed an otherwise accurate strike into the bottom corner of the goal.

There was no element of fortune about Mettam’s second goal 60 seconds later, though. The frontman, on a season-long loan from King’s Lynn Town, raced through and expertly lobbed Leighton Smith, who was in no man’s land.

Wells almost made it 4-0 before the half-time whistle sounded, but his left-footed drive was tipped around the far post by the under-fire Smith.

As the sides turned around you sensed it was very much game over – and the second half reflected that.

It was largely low key stuff, with conditions dictating that quality was at a premium.

However, a Miller should have made it 4-0 when he headed a delicious delivery from sub Lee Beeson wide of the target.

Man-of-the-match Mettam wasn’t going to be denied his hat-trick, though, and he manufactured the perfect chance for himself on 73 minutes when he was tripped in the box.

The striker picked himself up and rifled a thunderous spot-kick home, before then picking up what looked like a game-ending ankle injury.

Whitehead thought he’d made it 5-0 when he bundled home a rebound after Beeson’s initial free kick was saved, but the linesman’s flag denied him.

It mattered little for the hosts, who stay second in the table but are now three points off top spot having played five games more than Shaw Lane, their next opponents.