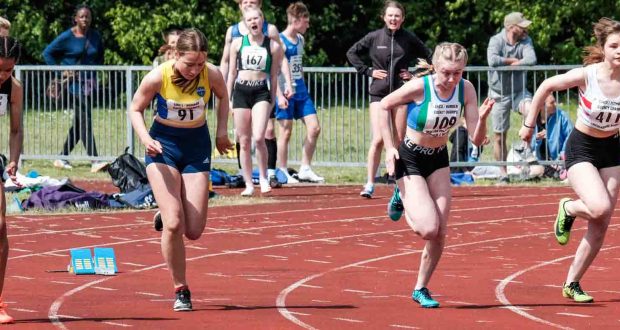 Athletes from Peterborough and Nene Valley AC accumulated a large hoard of medals at the Lincolnshire County Athletics Championships.

There was a double gold for Louie Hemmings, who collected both the under-13 800m and 1,500m titles – running a speedy 4.58mins for his triumph in the latter.

Likewise, Sienna Slater picked up under-15’s 100m gold with a time of 13.54secs, then went on to win the 75m hurdles – as well as picking up shot put silver.

Two medals went the way of Dave Bush, who won the senior men’s shot put title as well as claiming a strong silver in the javelin.

Also in the shot, Donovan Capes threw 14.12m for the under-20 title, while younger brother Lawson Capes won under-15 gold with a great 14.27m throw.

Also picking up a gold medal was Katie Marsh, who won the under-17 80m hurdles and long jump to seal a double. Marsh then picked up a third medal with 200m bronze.

Not done there, he also collected 100m hurdles gold to seal a sprint double of sorts.

More success followed as the under-20 long jump gold went to Holly Aslin, who also picked up 100m silver.

Another to impress was Eljay Secker, who won the under-20 100m hurdles gold, while there were silvers for sprinters Alexa Boole and Meghan Cornwell, with Niamh Rushton and William Harris winning bronze.