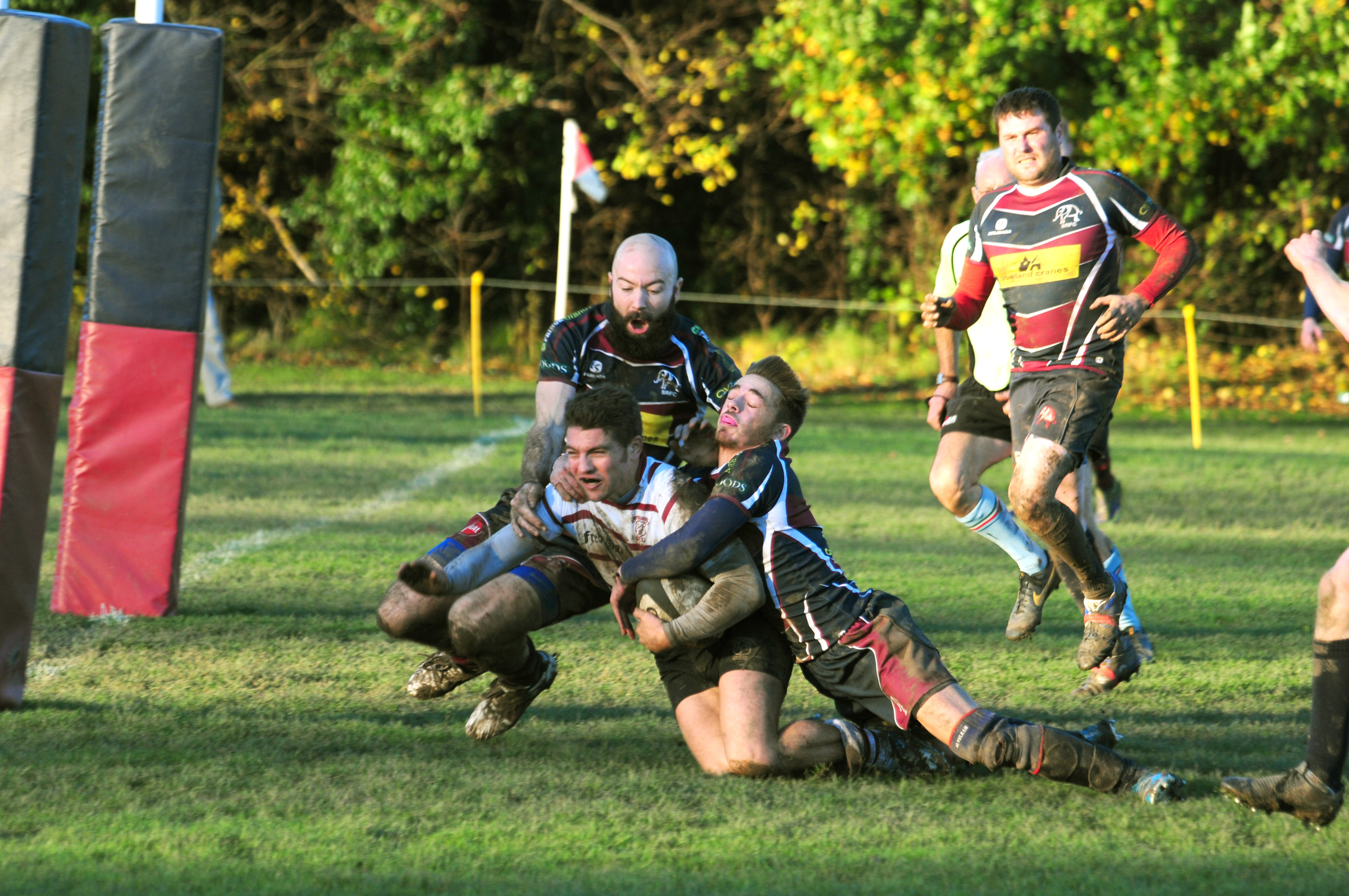 Spalding RFC beat relegation with a convincing win in Derbyshire.

The good news before the match was that again the team had a settled look with only a couple of changes. Sam Cowell started in the front row, Josh Finch, after impressing off the bench in the previous week’s stunning win over Ashbourne, started at openside flank, and Tom Winch was back in on the wing in place of unavailable Harry Harrison.

Before the game even kicked off, Bakewell suffered a blow with their pitch deemed unplayable and the match being switch to local rivals Matlock and home advantage being lost.

Spalding soon settled into the game displaying better organisation and keenness in the tackle blunting Bakewell’s opening enthusiasm but a penalty was soon awarded against Spalding, which failed to go over the posts and a couple of minutes later, a late tackle by Harry Sharman saw him leave the field for ten minutes.

The game came alive after 20 minutes as Spalding’s forwards drove up field, with captain Sam Cooke leading by example. Ball was spun out from the breakdown along the backs leaving a simple task for left winger Tom Winch to run in and touch down for the opening unconverted try.

A couple of minutes later Spalding’s superiority in the forwards battle drew a penalty. Quick thinking by Sharman – taking a tapped penalty – exposed Bakewell’s defence on the right and Harry Lane did the business, running in the second try. With no regular place kickers, prop Mikey Watts tried his luck with the conversion without success.

Back row players Ash Anker and Josh Finch were now taking the game to the opposition with excellent carries deep into Bakewell’s defence with Ash Piccaver and Sam Cowell supporting. From a 22 drop out Bakewell kicked left. Outnumbered Finch plucked the ball out of the air, catching the opposition by surprise and ran in for the third unconverted try.

Spalding now went hunting the fourth try, which would potential secure a bonus point win and it was not to long in coming.  Again it was the backs who finished off a good move with fly-half Sion Williams finding space to offload to Adam McHugh, who drew the defence and released George Brown to go in at the corner with Winch kicking a good conversion.

A half time scoreline of 22-0 had the visitors were well on their way to victory.

The second half did not live up to the first half performance, with some of the intensity and teamwork dropping off allowing Bakewell back in the game to exert pressure on Spalding’s defence.

However, when the opportunity arose Spalding ceased upon it. Kicking to touch from a penalty, a good lineout ball was won by Spalding on the 5m line. Quick passing from scrum-half Will Shields to Williams led to Finch flying through a gap and under the posts for a converted try.

The task now was to close out the game. Josh Caley had already come off the bench for injured Cooke at half time and the coaches brought fresh legs on with Harry Brown replacing Ash Anker and Chris Douglas replacing George Brown.

With the game entering its last few minutes, Bakewell pressed for one last time and were rewarded as the ball was moved to their left winger to touch down in the corner. With the conversion being missed, the final whistle was blow.