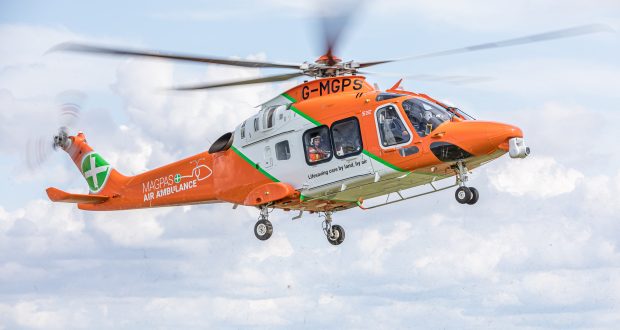 A man was airlifted to hospital with ‘multiple serious injuries’ yesterday (Monday, May 24) after a car fell on to a man who was working underneath it.

Staff from the MAGPAS (Mid Anglia General Practitioner Accident Service) Air Ambulance said it performed multiple surgical procedures on a man in his 50s before flying him to Addenbrookes Hospital in Cambridge.

His condition has been described as ‘very serious but stable’.

The incident happened around 3.10pm on St Paul’s Road in Spalding.

A spokesman for the air ambulance said: “At 3.35pm yesterday afternoon Magpas Doctor Graham Pluck, Critical Care Paramedic Dan Read and Doctor Simon Lewis landed in Spalding via the Magpas Air Ambulance. They had been called to treat a patient suffering from an accidental injury.

“The Magpas medical team assessed the patient (in their 50s) who had suffered multiple serious injuries and performed a pre-hospital emergency anaesthetic and multiple surgical procedures at the scene, providing a level of care usually only available in hospital, before airlifting them to Addenbrooke’s Hospital.

“The patient was in a very serious but stable condition upon arrival.

“The helicopter crew who flew the patient and Magpas medics were Pilot Chris Sherriff and Crewmember George Phillips.

A spokesman for Lincolnshire Police, said: “We were called to a report that a car has fallen onto a man who was working underneath the vehicle.

“He was taken to hospital with injuries described as serious.”