January 31 was a sad day for those who believe in unity with the rest of Europe.

The modern isolationism of an America led by an unstable president, an increasing militant Russia and an emerging China with great territorial ambitions means that now is not the time when we should be breaking away from our closest friends and neighbours for reasons which are clouded, dubious and possibly corrupt.

However that die has been cast and the future must be considered.

Mr Waine, in his letter in last week’s edition, refers to the campaign to rejoin the EU which I feel will gain momentum when the public realise how much they have been misled, duped and lied to.

Also in the same issue and as contrast to Mr Waine’s sombre comments, there was an article by Sir John Hayes heavily laced with the jingoism one can nowadays associate with the Prime Minister. Amongst his purple prose he prays in aid of Christian teaching, I assume that is the Tory variety of the rich man in his castle etc.

He should be congratulated for suggesting that much should be done to help the disadvantaged but he makes no mention of Tory policies, for which he so enthusiastically voted, that put them there in the first place.

I Sloan
via email 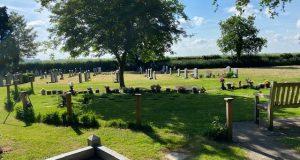 LETTER: Traffic has never been a problem