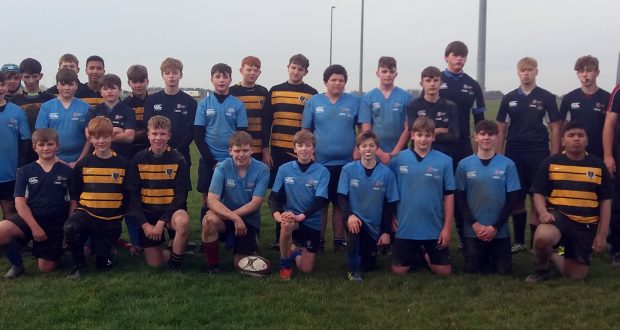 Spalding RFC hosted its latest secondary school tournament at their new ground last week – with a host of talented youngsters in attendance.

The first event in November saw year ten and 11 students from Spalding Academy, Thomas Cowley and Boston Grammar schools compete in a 7-aside format, with over 40 pupils attending.

The tournament saw some excellent rugby played by all ages – especially as these schools are not recognised as rugby schools. The year nine part of the event was extremely well contested with some excellent tackling and running.

In between games, the pupils received coaching on various aspects of the game from Paul Wilks and Richard Stevenson, Spalding RFC age group coaches, and David Cotton-Betteridge from the RFU. Peter Jullien, Town’s club treasurer and retired referee, officiated matches.

This was the second of three events that are designed to encourage year 7-11 pupils to take up the sport and potentially come along and join one of the Elephants’ teams.

In conjunction with the RFU, Spalding have been sending their head coach (under-12/13s and first XV coach) George Reid into Spalding Academy and Thomas Cowley to deliver up to 12 rugby sessions per week.

The sessions cover all age groups and are running from October 2018 to April 2019.

These sessions include lunch time and after school clubs at both schools, involving both boys and girls.