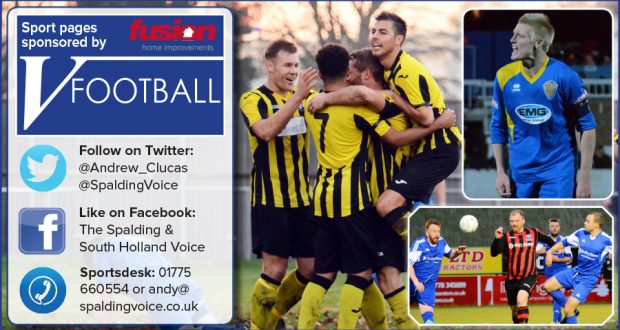 Boss James Langford hailed an “outstanding performance” as his Spalding United Reserves side picked up only their second positive result of the season on Saturday.

The Tulips’ second string, who are adrift at the bottom of ChromaSport PDFL Division One, drew 1-1 at Peterborough Polonia to grab their second draw of the season.

Brandon O’Reilly’s first-half penalty put the basement boys ahead, but they were pegged back in the second half by a 79th-minute Mariusz Halas effort.

Langford admitted that his side were “gutted” not to collect their first win of the season, but did accept that a share of the spoils was a fair reflection.

He said: “In a game of two halves a draw was possibly fair, but I’m sure the lads are gutted not to get the first win on the board. But – and importantly – the performance was simply outstanding.

“Aaron John and Brandon O’Reilly were exceptional in the middle of the park and Marcus Clifton pulled off some unbelievable saves.

“But from one to 11 we did everything right and it’s testament to the lads who really have been training hard to play a more possession based game, which really has shown in our last two performances.

“Importantly, we are now getting on the scoresheet weekly and playing good football as well.

“The progress over the last three months is great and I feel that there is plenty more yet to come from a team made up of players mostly under-21.”

Then, some great work by the Tulips resulted in a penalty after a foul on Scott Beale.

The spot-kick was calmly slotted away by O’Reilly.

Spalding then began to dominate and thought they had scored a second after a screamer from Craig Weightman appeared to have crossed the line after hitting the bar – but no goal was awarded.

New boy Aidan Doherty was also within a whisker of a debut goal after a great run and cross by Adam Winyard before the break.

In the second half keeper Clifton produced numerous spectacular saves before Halas levelled the scores 11 minutes from time.

Polonia then had Marcin Kostka sent off for kicking out, but the Tulips couldn’t find a winner.

Indeed, it was left to Clifton to ensure they took a point home after he showed off yet more outstanding keeping.