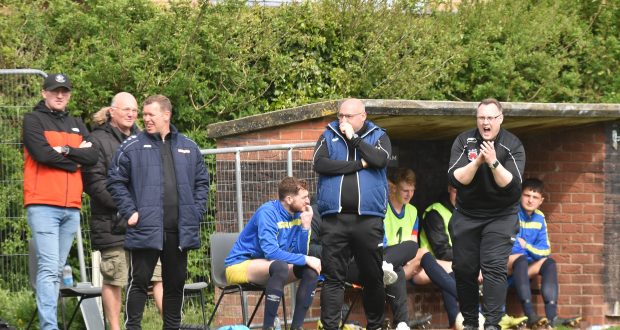 The Knights, who got their first win for a while on Saturday in a friendly (see page 21), have not been demoted despite finishing bottom of the previous two null and voided campaigns after the FA confirmed no teams would be dropped a division as part of their reorganisation of the league system.

And half of the now 18-team division are new opponents for them and Holbeach United.

Gresley, Heather St John, Long Eaton United, Newark and Selston have all been moved into the division with Eastwood CFC, Heanor, Melton and Skegness promoted.

Remaining in the division are Lincolnshire sides including Boston Town, Deeping and Sleaford and the Leicestershire sides of Anstey, Leicester Nirvana, Loughborough University and Quorn.

“It’s fairly different to what we thought we were going to get,” said Thorogood. “Everybody presumed it was going to be more south and east, so more Cambridge sides and all the way out to Norfolk and Suffolk.

“I think it means less travelling as I think the furthest trek is Gresley.

“I’m a bit surprised it’s only 18 teams but that would suggest there will be less midweek games, which is pleasing.

“I know it will still be competitive but it will be more of a footballing league.

“I’m kind of pleased we’ve lost the likes of ON Cheneks, Oadby and Lutterworth who are more physical sides who’d rather kick you than play football against you.

“It’s going to be exciting again for Lincolnshire football with most games in around the A1 or A46.”

A Jake Knight double and goals from Scott Waumsley and Harry Machin gave the Knights a 4-2 win over March Town on Saturday. They now face Rushden and Diamonds u21s in a 12pm kick off at Knight Street this Saturday with supporters welcome.