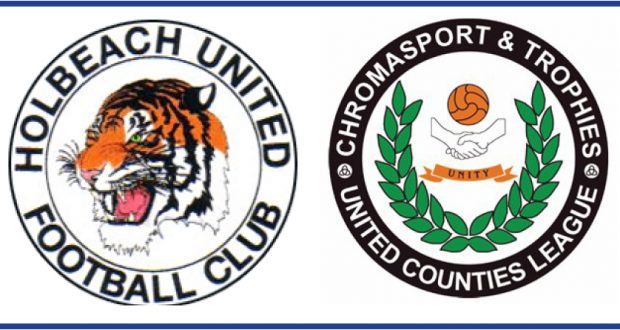 Knights likely, but Tigers unlikely to feature in proposed cup

The United Counties League says it’s looking to run a mini-competition for interested clubs after the season was null and voided for a second year – but it’s likely Holbeach United won’t be involved.

It follows last week’s announcement that the FA was recommending curtailing all leagues at steps three to six, including the UCL and Spalding United’s Pitching In Northern Premier Division.

That decision is now awaiting ratification by the FA Council who will also rule on whether a proposed restructure meant to come in for this season but put on hold, is implemented.

Following that announcement, the UCL put out a statement that it’s looking to run a competition using a group phase to ensure each club that wants to participate gets a set number of games.

Pinchbeck United manager Lewis Thorogood has told The Voice he and his players are eager for it.

But Holbeach United boss Phll Barnes thinks it’s unlikely his side will be involved, particularly with refurbishment work at the club having been underway for some weeks now.

“I think as a club, we would want fans back before we can continue,” said Barnes whose side haven’t played since November 4. “There’s a lot of work going on too including a new roof going on the clubhouse.

“We’re just waiting for the inevitable and as a club we’d like to get back early training for next season and get that full season in.”

A key issue for many clubs is fans being allowed back in to generate match day income and Thorogood says the UCL is seeking clarification over whether fans might be able to go into grounds before May 17 when the government said it was working to allow some fans in to watch elite sports.

He only took over the Knights in October and had signed an almost completely new squad that was attempting to battle against relegation after picking up just two points from the opening 12 games.

And he sees a new competition as a possibility to build that squad further.

“I like the idea of the competition and I’ve spoken to most of the players and they’re really keen too,” said Thorogood whose team opted to play on into December before the season was suspended. “If we can get more games in it’s an opportunity to further the work we’ve done since I came in and allow the players to gel more.

“I can fully understand why clubs have different opinions and their reasons for not wanting to take part in an end of season competition.”

The UCL say it’s consulting with its clubs on the possibility of a new competition and its sides have been given a deadline of March 12 to provide feedback on the proposals.