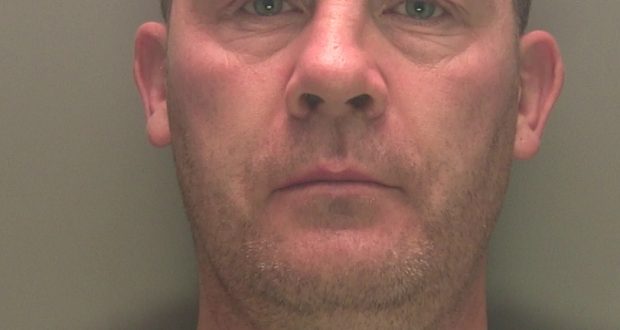 A Donington man has been jailed for three years after an assault left his victim with brain damage.

His victim, Mark Hatcher had also been in the pub drinking that evening.

Mr Hatcher, 46, from Donington, was asked to leave the pub by a staff member and after leaving was confronted by Hayes.

A verbal argument broke out between the two men outside the pub. The two men began walking towards one another. An altercation occurred during which Mr Hatcher was punched and fell to the ground.

Mr Hatcher was rushed to hospital and into emergency surgery for a significant brain injury. He has never regained consciousness.

His family were subsequently given the devastating news that Mr Hatcher had received a permanent brain injury and would no longer be able to live independently.

Following the assault, Hayes was arrested and later charged with GBH. He was found guilty at Lincoln Crown Court earlier this week and sentenced to  three years imprisonment.

Detective Inspector Paul Coleman said: “This was a tragic incident  that had catastrophic consequences. It has left Mr Hatcher suffering severe brain damage, needing 24 hour care and in a condition from which he is likely to never recover.

“The unintended consequences of Paul Hayes’s actions should serve as a stark warning that one punch can have very serious consequences on the life of the defendant and that of the victim and their family.”

Lincolnshire Police is working with OnePunchUK to raise awareness of the devastating effects one punch assaults can have.

OnePunchUK was founded by Maxine Thompson-Curl whose son Kristian was tragically killed following a one punch attack while on a night in Consett, County Durham.

Following his death, Maxine has been raising awareness about the dangers of one punch attacks through her campaign Punched Out Cold Campaign working alongside the police.