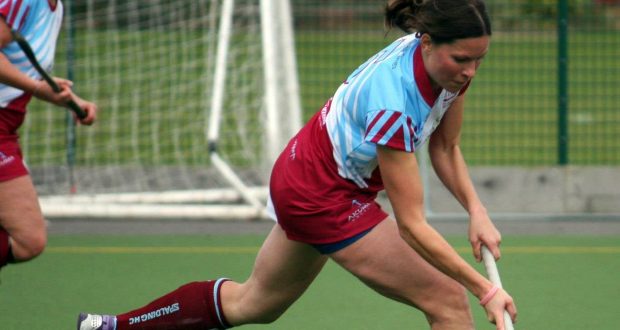 The table-toppers made it a perfect 13 wins from 13 games with a 3-0 triumph over second-placed Leadenham 2nd on Saturday to go eight points clear of their nearest rivals.

A brilliant solo effort from Jacob Baker in the opening minute of the second half put Spalding ahead and settled the nerves.

Spalding increased their lead when Ben Scholes latched onto a cross at the far post to hammer home, before Stuart Perkins slotted home number three to round off the victory.

In the same division, Spalding 5th completed their first double of the season by beating Alford 2nd 2-1 by the seaside.

The hosts took the lead midway through the first half with a goal that skipper Sully Smith will feel he should have done better to stop.

After the break Smith pulled off a stunning save before Spalding levelled when James Reston fired home a penalty flick.

The winner arrived after good work on the left by Thomas Scuffham, with Andy Barlow firing home.

Adam Pack helped himself to a hat-trick, with Harry Braggington bagging the other two.

However, Long Sutton 4th had a bad day at the office – slumping 7-0 at Bourne Deeping 5th to stay second-from bottom.

Up in Division One, Long Sutton 1st returned to action for the first time in eight long weeks – but they didn’t have the best of times.

Hosts Shefford and Sandy 1st picked up a 4-1 success, with the lack of match fitness playing a part.

Sutton did score the best goal of the game to go 1-0 ahead, with Jamie Featherstone superbly stealing the ball in midfield and picking out Josh Fyson, who superbly deflected the ball home.

However, they fell 2-1 down at the break and then shipped two well-executed short corners late on.

In Division 3NW, there was a ten-goal thriller between Long Sutton 2nd and Spalding 3rd as the South Holland rivals drew 5-5.

A hat-trick from skipper Steve Rogers and other goals from Dave Burrell and Chris McKenna filled the Spalding quota – but they were left to rue a last-gasp leveller.

Josh Baker (2), Luke Jackson, Gary Hales and Will White – who deflected home the late equaliser – netted for Sutton. Both sides stay in the bottom four.

Spalding 2nd, meanwhile, leapfrogged the 3rd side with a fine 5-1 victory over basement boys Wisbech 2nd.

Man-of-the-match James Stone helped himself to a hat-trick for Spalding, with Rick McKenna and Glenn Perkins the other scorers.

Spalding’s Poachers took an early lead when Grace Hodgett broke away and fired in an effort that deflected in off Lynn Bragington.

However, Becky Hales fired a rocket into the D for Petty to lift over the Spalding keeper for 1-1.

Kia Wilson’s follow up was also kept out, but Petty buried the second rebound to clinch the derby spoils.

Both sides are now locked together on 25 points, nine points shy of the top two.

Up in Division 2NW, Spalding Poachers 1st suffered a 2-1 defeat against high-flying Newark 1st. They soon went ahead at Glen Park when Charlotte Maplethorpe deceived the visiting keeper with a tantalising strike.

But the visitors levelled before the break and, despite Karen Timby getting through some outstanding work in midfield, they grabbed a second to pinch the points.

Lisa Baker, Leah Goodley and Leanne Woodhead were all on target for Sutton, who were left disappointed to concede a late leveller.

In Division 3NW, Spalding Poachers 2nd picked up a 3-0 success at Huntingdon 1st. AJ Bunyan hammered them ahead, before a super Eva Keyes double.