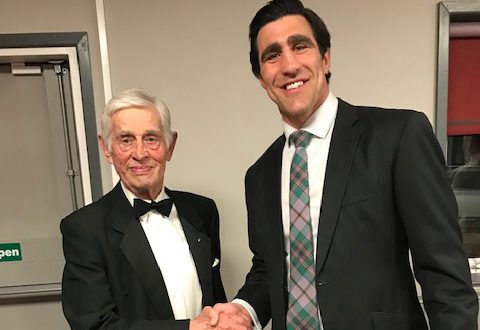 Kelly Brown, who played 69 times for his country and is currently a coach at Saracens, was the guest speaker at a black tie event on Friday evening.

Kelly made his debut for the national side in June 2005 in a game against Romania where he scored a try.

Spalding club president George Sly welcomed him to the event (pictured) with 85 guests at the new ground at Drain Bank North.

“Besides an excellent speech about his rugby career, Kelly finished off with a couple of songs while playing his guitar and had the whole room on their feet joining in,” said George.

He played professionally with the Border Retrievers and then Glasgow Warriors before moving onto the Premiership side Saracens.

Kelly played as captain of Scotland 14 times and he also played in the rugby sevens team – competing in the world cup series in Hong Kong when Scotland reached the last eight.

He retired from playing in 2017 and joined the coaching team at Saracens. 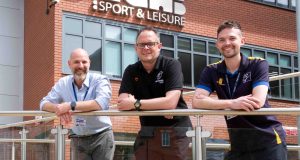 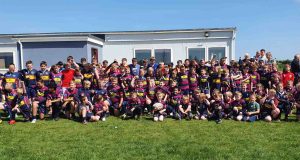 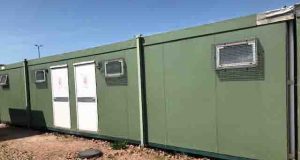