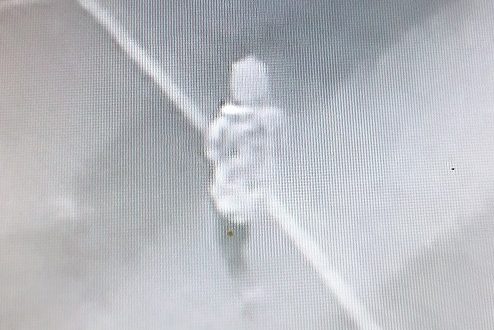 Can you help police identify this women?

Image released in appeal over attack on sheep

An image of a woman has been released whom Lincolnshire Police believe may be able to help them in their investigations into an attack on a farm.

Police believe the woman seen walking along Surfleet Bank at around 10.10pm on Friday, July 17 may have been in the field when a 4×4 vehicle is believed to have been driven in killing three sheep and leaving eight missing.

Police believe they may have been driven into the River Welland and also say 30 more sheep needed vetinery treatment as a result of the incident which occurred sometime overnight between July 17 and July 18.

A spokesman for Lincolnshire Police, said: “Though the image is not the best of quality we are hoping that it may jog someone’s memory

“We would like to hear from anyone who may have seen this woman, anyone who knows who she is, or anyone who can assist with our investigation.”

PC Martin Green said: “Our investigations are ongoing into this horrific incident of animal cruelty.

“As part of our investigations we have obtained a CCTV image of a young woman seen walking on Surfleet Bank at about 10.10pm on July 17.

“This was in the area where the sheep were killed, at that time there were two or three vehicles as well as people in the field.

“We believe this woman may have been in the field when this incident happened and may have seen it taking place.

“The woman then left the field on foot heading towards the village of Surfleet Seas End. She then walked along the road near the Ship Inn pub, along Surfleet Bank and Reservoir Road before returning to the field a short time later.

“We would like to speak with this woman and would ask her to make contact with us.”