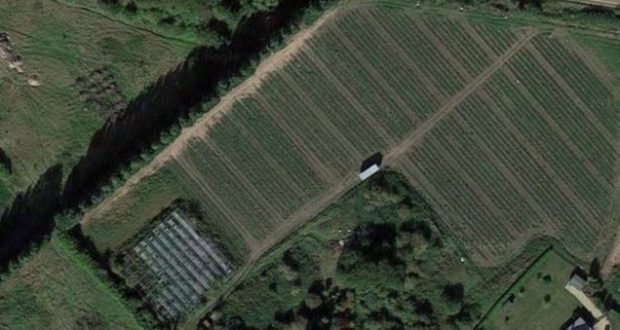 The site as see on Google Maps

Homes plan for field in Holbeach

Plans have been submitted to build more than 80 new homes on agricultural land in Holbeach.

Ashwood Homes has presented plans to South Holland District Council for the development to the east of Chaffinch Way in the town.

Currently used for agriculture, the field also includes a number of glass houses which have fallen into disrepair.

A Design Access Statement submitted with the full application says the site is walking distance from the town centre with a bus stop a few minutes’ walk on Fleet Road.

“The landscape proposals were considered from the outset of the design of the development. The existing trees along the northern boundary are to be retained to create a visual and acoustic buffer from the nearby A17.

There are areas for more substantial planting to the more prominent parts of the site, such as the public open space,” says the document.

Access for vehicles will be from Chaffinch Way and there will be footpaths throughout. There will also be ‘provision for future connectivity’ to the adjacent land to the south of the site.

The total of 82 new homes will consist of two, one bedroom maisonettes; 18 two-bedroom houses; 50 three-bedroom houses and 12 four-bedroomed houses. All the buildings will be two-storey.

The document says a quarter of the properties will be designated as affordable housing.

“The car is kept away from the street scene where possible,” it adds.

Parking is provided at most dwellings with space adjacent to, or at the rear of, the properties. Most will have two spaces plus a garage.

“The site itself, lies on the north eastern boundary of the settlement itself abutting the Defined Settlement Limits, with its south western boundary. The proposed development will develop a current vacant agricultural field into high quality homes affordable to local people,” says the statement.

An archaeological report submitted with the application says that the past impact on the land is mainly agricultural since the early post-medieval period.

“The development will not have a visual impact on nearby listed buildings and Holbeach Conservation Area is currently screened from the proposed development by existing housing and vegetation,” it says.

A noise assessment says a 3.6m high acoustic barrier is proposed along sections of the site boundary to protect residents from road noise traffic on the A17. Specialist glazing is also recommended for some properties.