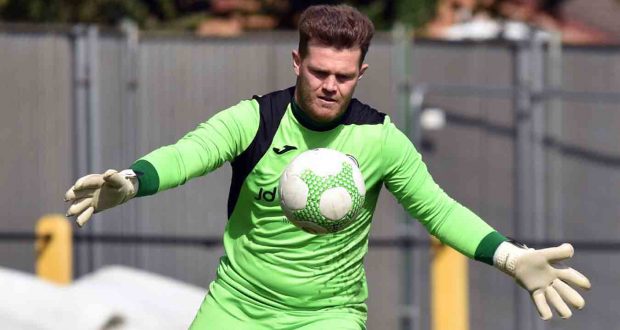 Holbeach United chairman Des Ford is hopeful of having a new manager in place ahead of Saturday’s game with Melton Town.

The Tigers are seeking a new chief after the resignations of club legends Phil Barnes and Dean Elston as manager and assistant manager last week.

The Voice understands that there are three main contenders to replace Barnes and that the Tigers have spoken to all three this week before making a decision on who will step into the dugout.

Ford expects Barnes and Elston to still be in charge for the Uhlsport UCL Premier Division North clash with Melton at Carter’s Park (3pm), but says the new manager could be alongside them if talks go well.

“We want somebody in but it’s going to be tight,” said the Tigers chairman. “I would say Phil and Dean will still be in charge, hopefully with the new man watching on.”

Whoever replaces Barnes will have a tough job on their hands.

Following last weekend’s 3-0 home defeat to Eastwood, the Tigers are now 11 games without a win in all competitions this season and find themselves in the bottom two of the league after seven defeats in nine games.

Saturday’s visitors Melton are only 12th in the table, but boast some serious firepower.

They have Ryan Robbins and Spencer Weir-Daley to call upon and recently thrashed Pinchbeck United 4-1 at the Sir Halley Stewart Playing Field.

Holbeach are still without keeper Ricky Drury, who faces four to six weeks out with injury.