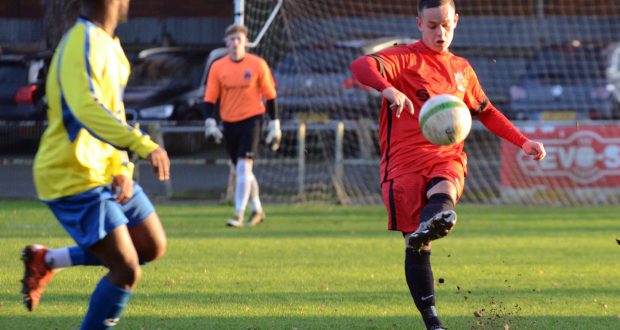 Holbeach United are hoping that a derby victory at rivals Boston Town in the FA Vase on Saturday (3pm) will help kick-start their season.

The Tigers have yet to win a game this season in all competitions, having drawn two and lost six of their eight games so far – including a 4-1 beating at Boston in the Uhlsport UCL Premier Division North a month ago.

Phil Barnes’ Holbeach are undoubtedly underdogs for the South Lincolnshire derby, with 13 points already separating them in the league at this early stage.

But the Tigers boss knows that form goes out of the window in knockout competition.

“What better way for us to get our season going than with a derby game in the FA Vase,” said Barnes. “If we’re not up for this, I’m not sure what we’d ever get up for.

“Boston are a good side and they are doing well, which is just as I expected really.

“But they’re not unbeatable and we have to go there looking to get a positive result.

“We know that we all need to improve collectively and I hope to see the right attitude from everyone on the day.

“I still feel that we’re all pulling together in the right direction and, although I’m disappointed with our start, there’s much better to come from us.

“(New signing) Andre Williams looked good despite the result at Anstey last week and we’ve also got Tyler Wright available this weekend, so that will give us a boost.

“We’re also pleased to have Dean Elston back in the fold after his COVID isolation period and we’re happy to have (ex-Boston Town boss) Gary Frost helping out the managerial team now too.”

There are some doubts about Fraser Bayliss’ availability for the weekend, but midfielder Wright is expected to make his debut after missing Saturday’s 6-0 loss at Anstey.

Boston have won five of their six league games so far this season and also beat Lutterworth Athletic 4-1 in the last round of the Vase.