And organisers are linking in with the ever-popular Holbeach Town and Country Fayre on the same weekend.

Visitors will be shuttled between both sites free of charge by the Holbeach Community Bus.

South Holland district councillor Nick Worth said: “We’re hoping that people will enjoy a couple of hours at the food festival and then take the community bus to the country fayre.”

The Lottery-funded Holbeach Food Festival takes place at William Stukeley Primary School on Saturday, June 14.
Holbeach Town and Country Fayre is also being held on that day and Sunday, June 15.

Although the major focus of the food festival is produce, a packed programme of events includes culture and music.

A spokesman said: “We have major food-based employers in the Holbeach area, all supporting major supermarkets, including Bakkavor Pizzas and Fresh Cook who make ready meals, alongside QV Foods supplying potatoes, DGM Growers supplying unusual vegetables and Emmetts who supply vegetables and salads – all of whom are driven by what we eat.”

As well as a wide range of food and drink stalls, the district council’s Kitchen Garden Project – which encourages people to grow their own fruit and vegetables – and food safety team will be promoting their work.

And Transported Art has commissioned Black Country Touring to perform “Eat” – a collection of food-based stories performed in their three caravans.

Coun Worth said: “It promises to be a great event. There really is a lot going on and we’re encouraging food retailers in the town to get involved.”

Meanwhile, just across town Holbeach Town and Country Fayre will be in full swing.
Attractions include hundreds of vintage and classic cars, tractors, lorries and motorcyles, a medieval knights re-enactment, owl display, fun dog show, marching band and a flypast by the RAF.

In addition to the return of the cabbage hurling competition, which has created a stir in previous years, there’s also an onion throwing event for juniors.
Games and fun fair rides will add to the fun for younger visitors. 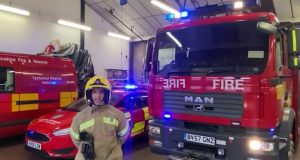 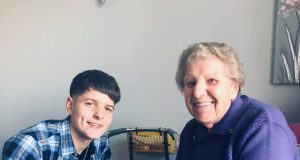