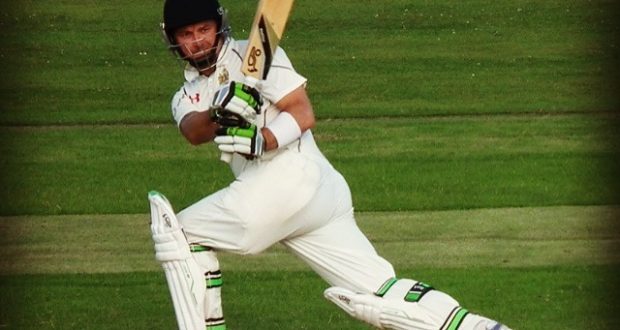 Local businesses have helped rally around Spalding Cricket Club as the wait for the cricket season continues.

The South Lincs Premier Division side had been looking forward to the 2020 season and running three Saturday teams, a Sunday team and an U19s as well as the ladies’ South Holland team and numerous junior teams.

Matt Gill is set to make the step up to 1st XI captain for the season after stepping up from the 2nd XI last season.

And the 1st XI were hoping to improve on last year’s disappointments after they led the way for much of the 2019 season, only to lose top spot of the Premier Division by losing their last two games, including the final match to title winners Bourne.

Gill said: “I was very much looking forward to a new season with some young players from last year as well as the promise of some returning seniors before the whole COVID situation and now we have to focus on staying safe, the cricket season will be what it will be!

“I really feel for our young Australian who went from a winter of planning an amazing overseas experience to being stuck at home but at least he remains safe.”

Gill says he’s been practicing wicketkeeping at home but “it’s not the same.”

“I know that many of the players are doing what they can at home but there’s no substitute for actual meaningful practice,” he continued.

“My hope is that we can play some games before the end of season but if we don’t manage this and all of our players and friends remain safe then I’ll easily live with that!”

Club chairman Symon DeCamps says players at all of the age ranges are raring to go with more and more talents coming through the impressive youth set up.

“The onset of COVID-19 has curtailed what was going to be another exciting year for the club,” said DeCamps.

“We would have had 80 plus players playing every week as well 30 in the new All Stars set up for four to seven-year-olds and the Dynamos team for seven to 11-year-olds.

“Financing was always going to be an issue, but fortunately, after a lot of hard work fundraising including from Baytree and a number of businesses who had promised sponsorship, we shall be able to cover this year’s fixed costs from our contingency funds.

“It will though leave us tight for next year.”

All recreational cricket remains suspended by the ECB, although last week it clarified families could use nets alongside one other person not from their household.

Spalding came back early for winter nets practice ahead of the season but are yet to put it into practice on the field.

Symon said: “Hopefully by mid summer, there shall be some relaxation of rules, and we can get to playing at least some form of friendlies to enable us to ‘turn our arms over’ and at least begin to recreate the family atmosphere we now have at the club.