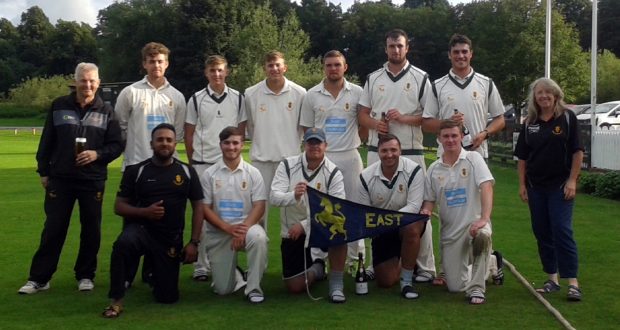 They defeated hosts Cumberland CCC by 53 runs in their final game of the season to collect 18 points, setting up a play-off final date with Western Division winners Berkshire at Banbury on Sunday (10.30am).

Lincolnshire made two changes for the game at Carlisle, with Dominic Brown coming into the side in place of Adam Tillcock and Alex Moor replacing James Kimber.

The start on day one was delayed until after lunch due to wet conditions, and upon winning the toss Lincolnshire elected to bat.

Scoring runs at any great pace proved difficult, and openers Joe Kendall and Jack Timby were dismissed with only 26 runs on the board. Louis Kimber settled in and played steadily, though, and was the only batsman to play with authority.

Bilal Shafayat and Dominic Brown were then dismissed with the score on 92-4. Kimber and Dan Freeman then took the score to 143 before Kimber fell for a fine 68.

Bad light ended play in the late afternoon with Lincolnshire on 182-5 off 78 overs, Freeman 33 not out and Carl Wilson unbeaten on 19.

Persistent rain on day two then ruled out any prospect of play – and Lincolnshire’s chances of victory receded rapidly.

On day three play commenced after a delayed start at 11.15am.

A stand of 47 took the home side over the 100 mark, but a spell where five wickets fell for 20 runs put Lincolnshire firmly in control, and at 126-8 were within sight of victory.

The final two Cumberland wickets fell for the addition of a further 52 runs as they were dismissed for 178 inside the final hour of play, Lincolnshire winning by 53 runs with Willerton and Free taking four wickets apiece for 56 and 34 runs respectively.