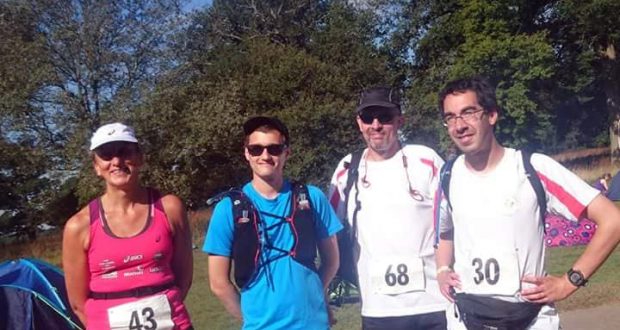 GLUTTONS FOR PUNISHMENT: The Halmer Harriers team at the Grim Reaper (missing is Sarah-Jane McDonald).

Halmer Harriers athletes push themselves to the limit at Grim Reaper

A host of Halmer Harriers took on the daunting Grim Reaper 40 ultra marathon event on Friday.

Held amid blistering conditions at Grimsthorpe, all of the Harriers did well just to finish the event – but they certainly weren’t there to just make up the numbers.

Rob Norris (running in Bourne Town Harriers colours) was fifth overall in 8.21.16hrs, while Rob Hammond (8.36.03hrs) was just behind in seventh.

In total, 16 of the runners dropped out on the day.