Growth in Lincolnshire tourism brings in over £1.2billion

The latest figures show that the value of Lincolnshire’s tourism economy continues to rise rapidly.

Last year, tourism brought almost £1.2billion into Lincolnshire, meaning the sector has grown by 23 per cent since 2009.

More than 18million people visited the county in 2013, around a six per cent increase on the previous year.

This, in turn, led to a five per cent increase in the number of people working in the industry, with 18,688 now employed in the sector.

“These figures show that our efforts, and those of our partners, are paying dividends.

“Importantly, we’re not just bringing more people into the county, but we’re also encouraging them to stay for longer.

“I’m confident this trend will continue, and that next year’s figures will be even better as we celebrate the 800th anniversary of Magna Carta and re-open the newly-refurbished Lincoln Castle.

“I promised in 2012 that we would aim to double the value of tourism to our economy. These figures clearly indicate that we are on course.”

For more on all Lincolnshire has to offer visitors, go to www.visitlincolnshire.com.

Could your business save hundreds of pounds? 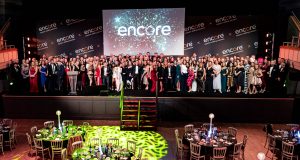